A California lawmaker has introduced a bill that would require the state’s taxpayer-funded colleges to provide RU-486 abortion pills to students.

Democratic state Sen. Connie Leyva, who introduced the College Student Right to Access Act this month, claims the law “will help to improve the academic success of students” but made no attempt to correlate academic success to having an abortion, The College Fix reported. 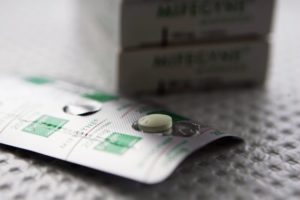 “If a UC, CSU or community college already has a student health center, it makes sense that they provide this health care service within that facility,” said Leyva.

The abortifacient pill is actually a combination of drugs that induces a miscarriage and terminates a pregnancy. Common complications that women experience from use of the “medicine” include heavy bleeding, nausea and strong abdominal pain associated with forcing the fetus out of the body over several days. The pill may be administered throughout the first 10 weeks of pregnancy.

Student pro-life groups are outraged by the “pill bill.”

“There is nothing pro-woman about legislating that students get the abortion drug on campus,” Students for Life of America president Kristan Hawkins told The College Fix.

“Instead of offering encouragement…connecting them with local resources to housing and childcare, or helping to create a life-affirming campus, some California legislators would rather demean these women and help them end the life of their child,” she said.