The veracity of ex-British spy Christopher Steele’s so-called Trump dossier continues to unravel, but the Hillary Clinton campaign and Democratic National Committee (DNC) have made the most of their investment.

Columnist Byron York noted for the Washington Examiner on Nov. 12 that, while “getting information out of the FBI, as well as Fusion GPS, has been like pulling teeth, even after a House subpoena … what is absolutely clear is that, beyond any investigation, the dossier has proven enormously useful politically to the president’s adversaries. Democrats made the dossier a centerpiece of their case against Trump.” 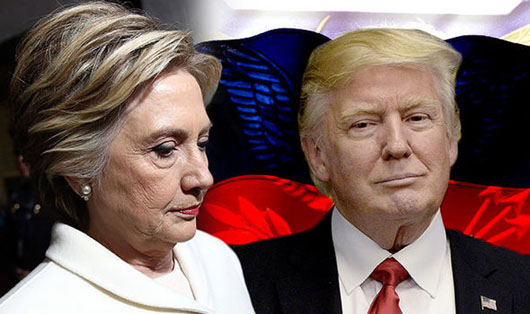 The FBI showed immediate interest in Steele’s report, according to Mother Jones’ David Corn, who was personally briefed by Steele:

“The former intelligence officer says the response from the FBI was ‘shock and horror.’ The FBI, after receiving the first memo, did not immediately request additional material, according to the former intelligence officer and his American associates. Yet in August, they say, the FBI asked him for all the information in his possession, and for him to explain how the material had been gathered and to identify his sources. The former spy forwarded to the bureau several memos – some of which referred to members of Trump’s inner circle. At that point, he continued to share information with the FBI. It’s quite clear there was or is a pretty substantial inquiry going on,” Corn says.

The contrast is striking between the Trump-Russia collusion investigation based in large part on the discredited dossier and the investigation into Hillary Clinton’s mishandling of classified information which was based on a mountain of hard, physical evidence.

Writing for National Review, Andrew McCarthy noted that George Papadopoulos, “a low-level subject of the collusion investigation who did not commit any crimes in his many contacts with Russia-connected sources,” was induced by Special Counsel Robert Mueller “to plead guilty to a felony count of lying to investigators about the timing of his first meeting with such a source.

“In stark contrast, while a number of Clinton subordinates asserted their Fifth Amendment right to refuse to answer questions on the ground that truthful answers could incriminate them, none of them was prosecuted. Instead, the Obama Justice Department gave them immunity.”

In the case of Paul Manafort, Mueller alleges that he lied to the Justice Department when he filed paperwork under the Foreign Agent Registration Act (FARA). Although Congress has made the making of false statements in FARA submissions a misdemeanor, Mueller charged Manafort with both this misdemeanor offense and a separate felony (under the statute that generally makes lying to government investigators a crime), McCarthy noted. “Thus, he turned a single offense into two crimes and drastically inflated the potential penalty – well beyond what Congress intended for the offense.”

By contrast, “several subjects of the Clinton emails investigation made blatant misrepresentations in FBI interviews but were not prosecuted at all. For example, Secretary Clinton’s former top aides, Cheryl Mills and Huma Abedin, claimed not to have known about Clinton’s private server system when they were working for her at the State Department – even though there is an email exchange in which they discussed it (and Abedin had an email address on the system).”

The dossier information made its way from Steele to the FBI to Capitol Hill. On Aug. 27, then-Senate Minority Leader Harry Reid, wrote a letter to FBI Director James Comey noting “a series of disturbing reports” about whether “a Trump adviser who has been highly critical of U.S. and European sanctions on Russia…met with high-ranking sanctioned individuals while in Moscow in July of 2016, well after Trump became the presumptive Republican nominee.”

York noted that “Steele continued to file dossier reports to the Clinton campaign and, apparently, to the FBI during the July-August-September-October time frame – in other words, the period leading up to the Nov. 8 presidential election. There were reports dated July 30; August 5, 10, and 22; September 14; and October 12, 18, 19, and 20.

The Clinton campaign attempted to publicize Steele’s report, “but the dossier news did not really catch on,” York wrote. “So in late October, according to those British court papers, with election day fast approaching and the allegations still not out, Fusion, acting on behalf of the Clinton campaign, directed Steele to brief Mother Jones.

David Corn’s article, which stayed away from the most incendiary parts of the dossier, was published on Oct. 31, 2016.

“One day earlier, on Oct. 30, Harry Reid tried again to push the information into public view with a letter to Comey stating that the FBI possessed ‘explosive information about close ties and coordination between Donald Trump, his advisers, and the Russian government.’ ”

There was some attention paid, York noted, “but Nov. 8 came and went without Americans excitedly discussing something called the Trump dossier.”

“Some commentators have claimed that the dossier ‘checks out.’ But if one reads the dossier in all its damaging details and looks for confirmation – well, that confirmation can be hard to find.”