Illegal immigrants are evading border authorities in the Tuscon sector and entering the United States at an alarming rate, the National Border Patrol Council (NBPC) said. 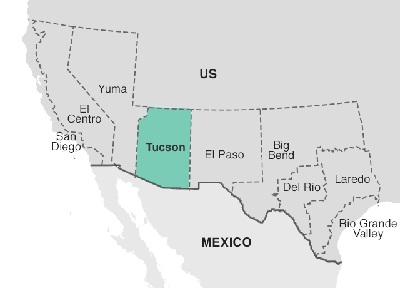 One station in the Tucson sector made 134 arrests on Tuesday, but knows of 277 other illegals who got away. That works out to a 33% apprehension rate.

Other illegals were “not detected at all,” said the NBPC, the union that represents the agents.

“There is no ‘secure’ border,” the council said on Twitter.

Stephen Miller, who was an architect of President Donald Trump’s immigration policies, said on Twitter that the numbers show Team Biden has effectively given a “stand down” order to the Border Patrol.

Arizona has been particularly hard-hit by Team Biden’s open borders policies, with massive numbers entering with many being immediately released.

In Yuma, 95% of migrants that have been nabbed by the Border Patrol this year have been released, according to the city’s sheriff.

Fox News’s Bill Melugin reported on Oct. 12 that Border Patrol in the Del Rio, Texas sector had reported in just one week this month they had 9,516 migrant apprehensions, and 3,344 known gotaways who slipped into the U.S. without capture.