The Democratic Party’s strategy to move purple states, such as Florida and Texas, into the blue column involves masses of immigrants streaming in through open borders and making sure the new arrivals, legal or not, are counted in the U.S. Census, a columnist wrote.

That is why Democrats are vehemently opposed to President Donald Trump’s request that a citizenship question be placed in the 2020 Census, Rich Logis, author of the upcoming book “10 Warning Signs Your Child Is Becoming a Democrat”, wrote for American Thinker on Feb. 25. 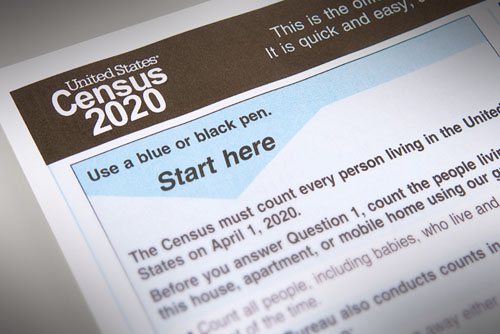 Democrats, “even after over 1,000 losses in national and state elections during President Obama’s two terms, never stopped playing the long game,” Logis noted. “They understand that the cyclical nature of politics means that more electoral votes in swing states and guaranteed Democrat states puts them possibly in a strong position long-term – especially considering the U.S.’s projected population demographics, which potentially remarkably benefit Democrats.”

1. While the Democrats would happily abolish our Electoral College, if given the opportunity, they know that’s not going to happen.

2. Democrats are fervently obstructing the confirmation hearings for 68 of Trump’s federal judicial nominees because they know they’ve lost ground in the Judiciary.  Making matters worse for the Democrats, Trump not only saw both his U.S. Supreme Court nominees confirmed, but also set a record for most appellate judges confirmed in a president’s first two years. Why has the Judiciary been so crucial to past Democrat success? Because of Trump’s and Trump-supporters’ 2016 presidential win, Democrats’ ability to legislate from the bench, via activist federal judges and SCOTUS justices, has been greatly hindered.

Democrats know that the majority of people in the majority of states don’t want the Democrats’ political product. In the past, they could rely on sycophantic judges to force freedom-infringing laws upon Americans who didn’t democratically choose them. It’s not that our federal courts still don’t contain a surfeit of activist judges (the GOP rarely opposed, en masse, Obama’s federal judicial nominees), but their stranglehold is being challenged.

3. Keep flooding the country with bodies, and make sure to account for the ones who are already here. Are there “only” 11 million illegal aliens in the U.S.?  Doubtful. Those academic bastions of “right-wing thought,” Yale University and the Massachusetts Institute of Technology, tab the illegal population at 22 million. Combine them with the 13 million non-citizen green card–holders, and that’s an overnight 10-percent population increase that would influence the next apportioning of electoral votes. Even using the 80-20 rule, that’s still 7 million in our population.

Do we really think those tens of millions of illegal aliens and non-citizens are living in rural Nebraska, Alabama, or Kentucky?  Of course not; they’re residing in hopelessly Democrat states and big cities in red states – thereby rendering those red states purple. And guess what two swing states are home to the largest illegal immigrant populations. Yup, you guessed it: Texas and Florida, with 1.6 million and 775,000, respectively. Remember: those are the ones we know about. If Texas Republicans don’t like the swing state label, then they need to up their game and stop producing one of the lowest turnout rates among all states. Turning Texas blue is the Democrats’ Electoral College raison d’être.

Logis continued: “Textually, the Constitution is somewhat ambiguous regarding the citizenship question. The question that will likely sway a majority of justices is this: did our Founders want illegals and non-citizens determining electoral votes, federal funding, and congressional apportioning?”