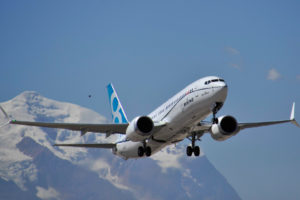 The deal announced on April 4 was the first of its kind since Donald Trump became U.S. president and imposed new sanctions against the Islamic republic.

Under the deal, Iran’s Aseman Airlines — the country’s third-largest carrier — will buy 30 737 MAX airliners with an option to purchase 30 more. Boeing said the first delivery would come in 2022.

In December, Boeing signed a deal with Iran Air to sell 80 passenger jets for $16.6 billion.

The deals come in the wake of a landmark agreement between Iran and major world powers in 2015 under which Tehran agreed to curb its nuclear program in exchange for some sanctions relief.