An analyst on higher education returned from a recent national college administrator’s conference with the conclusion that it isn’t just “aging hippie professors” who are responsible for leftist ideology permeating U.S. college campuses.

“Perhaps even more influential is the army of campus administrators who work with college students 24 hours a day, 7 days a week,” Dr. Patricia Daugherty, president of Eagle Forum of Georgia, wrote for The Federalist on April 2. 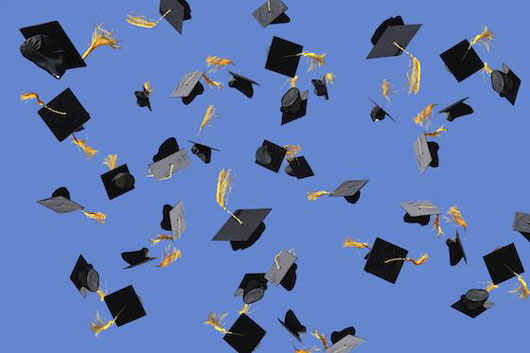 “Not that I wasn’t warned,” Daugherty wrote. “When the pre-conference advertising trumpeted the ‘Strategic Imperative for Racial Justice and Decolonization’ theme, I had a feeling things had changed mightily since I last attended a national meeting. We were provided ‘talking points’ that included such statements as ‘Racism and colonization are real, present, enduring, intersectional, and systemic forms of oppression,’ and ‘Advocacy and social change require us to work to dismantle racism and colonization in higher education.’ ”

“Those liberal professors”, Daugherty wrote, “share the blame for the sanctimonious silliness, but the administrators at this conference often have much more personal contact with students. They advise student government, supervise residence-hall staff, and oversee the student code of conduct and ‘free speech’ policies. They include those who recently graduated from their master’s programs, regularly attend student affairs conferences, and soak up the social-justice messages.”

Daughtery continued: “The next suggestions for conference attendees involved taking the ‘I’ll Go With You’ pledge to assist transgender attendees with restrooms: ‘I pledge to pay attention to the struggles and triumphs of trans people both in the national news and in my community,’ and ‘I pledge to speak up against injustice. I will contact my elected representatives to make sure they know I support equity, justice and fairness for trans people in my country, state, city and neighborhood.’ ”

“Just before the welcoming video and keynote speaker began, a trigger warning flashed up on the screen that there might be ‘disturbing scenes of activism’ in the video. Duly warned, we then listened to Keala Settle’s ‘This is Me’ (a great song, by the way) as pictures were shown, not of happy college students of every background experiencing the many different aspects of life on a university campus, but Planned Parenthood, Black Lives Matter, and the Women’s March on Washington. I could have been at a Service Employees International Union convention.”

The conference, Daughtery noted, was “pure political indoctrination, and it’s what our future student affairs professionals are bathed in. When they receive their graduate degrees, they go off to colleges and universities where they share the same indoctrination with freshmen. The Left need not depend on sociology and women’s studies faculty to radicalize our children; it’s being done quite effectively in student centers and residence halls.”