‘Biggest short squeeze in the world’: Silver appears to be Reddit rebellion’s next target

The populist online movement that brought on the GameStop saga last week is reportedly planning to target silver for its next short squeeze. 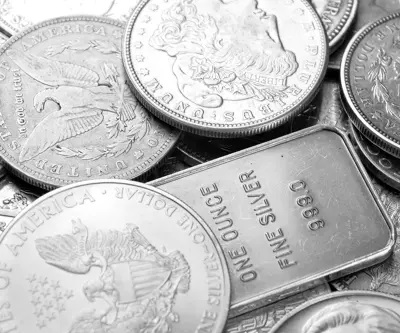 Reddit users on the popular r/WallStreetBets are encouraging individuals to use the IShares Silver Trust, the largest silver exchange-traded fund, and carry out what one user called the “BIGGEST SHORT SQUEEZE IN THE WORLD.”

“Silver Bullion Market is one of the most manipulated on earth. Any short squeeze in silver paper shorts would be EPIC,” a user on Reddit’s WallStreetBets wrote. “We know billion banks are manipulating gold and silver to cover real inflation. Both the industrial case and monetary case, debt printing has never been more favorable for the No. 1 inflation hedge Silver.”

Brexit champion Nigel Farage noted of the Reddit rebellion that “with Brexit out of the way and Donald Trump hunkered down in Mar-a-Lago, the establishment probably assumed that populism had run its course. But after what happened on Wall Street in the past week, it’s clear the elites are gravely mistaken. If anything, populism is back with a vengeance.”

One analyst said the Reddit users who pulled off the GameStop gambit would not have the same success in the silver market.

“It is true that the combined efforts of those on the Reddit forums can dramatically influence the price of individual stocks, but if you compare the size of the entire silver market to the market cap of the individual companies that forums have recently targeted, we don’t see this as having potential to significantly move silver into a short squeeze scenario,” John Feeney, business development manager at Guardian Vaults, told Bloomberg News.

“Silver’s market cap is too large and those on the forums typically want to see quick gains, so I wouldn’t read into it too much,” he said.

But Peter Schiff, the CEO of Euro Pacific Capital, wrote that it appears the “Reddit raiders have turned their attention to #silver stocks,” adding: “They’re getting smarter. Silver stocks are actually cheap, and represent good investment value. The fact that some investors were foolish enough to short these stocks makes their trade even better.”

As Farage noted: “Populism was always about the voices of ordinary people being heard and their suggestions being acted on. Until we have answers, the GameStop revolution is just one more example of the whole system being rigged against them.”

Meanwhile, it has been revealed that Joe Biden’s treasury secretary, Janet Yellen, has been paid $7.2 million in speaking fees since 2019 by a long list of corporations, including many major banks and Wall Street investment firms. One of them is Citadel, from which Yellen got $810,000 for two speeches and a series of “webinars.”

The Citadel family of companies, all owned by one mega billionaire, is at the center of the GameStop saga. All of which led many analysts to ask how Yellen could possibly be effective if she would need to be recused or excused from discussions on half the firms on Wall Street.