Big Media hacks were falling over each other to report on how the awesome Joe Biden received his Pfizer booster shot on live TV.

“See Biden get his Covid-19 booster shot while talking to the press,” CNN gushed.

All of the above ran close-up photos of Biden (the one below, or similar) apparently receiving the jab at the White House. 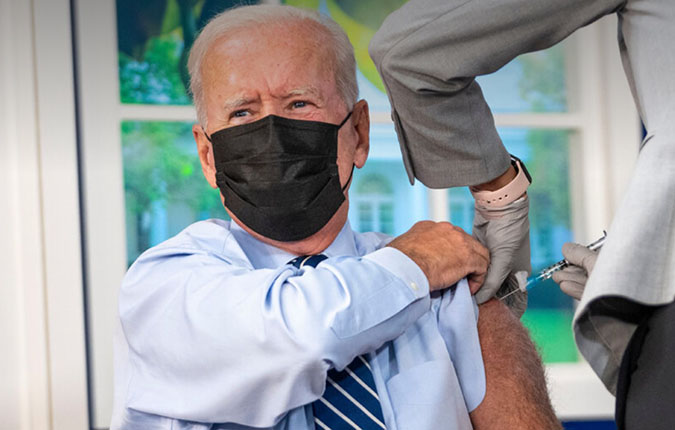 A wide shot of the proceedings, however, showed the truth that Big Media would not report — Biden received the shot in front of the media on a fake White House set. (Fake set for fake news?) 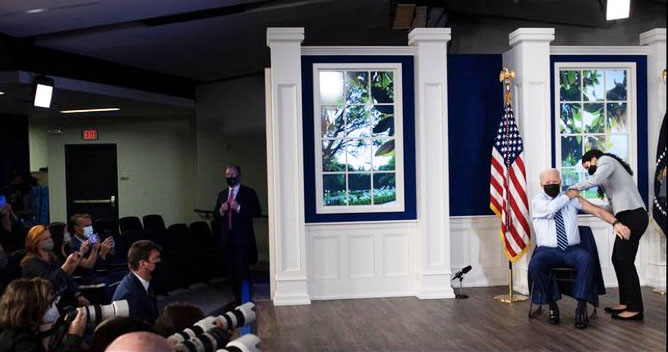 Which led many observers to wonder, why would such an event be staged on a set? What else about it was fake?

Here are some online responses after the wider shot was posted:

“What else wasn’t real with this?”

“I KNEW those windows didn’t look realistic. Buy WHY? Such absurdity… and WE paid for that set.”

“A proscenium is the perfect setting to watch a puppet get boosted.”

“I don’t think he’s ever in the WH. Everything staged from somewhere else.”

Radio host Wayne DuPree noted: “If you didn’t watch his ‘event’ live (and why would you?) these were the photos that were broadcast all over the place, it looks like Joe is sitting at the White House getting his booster shot.” 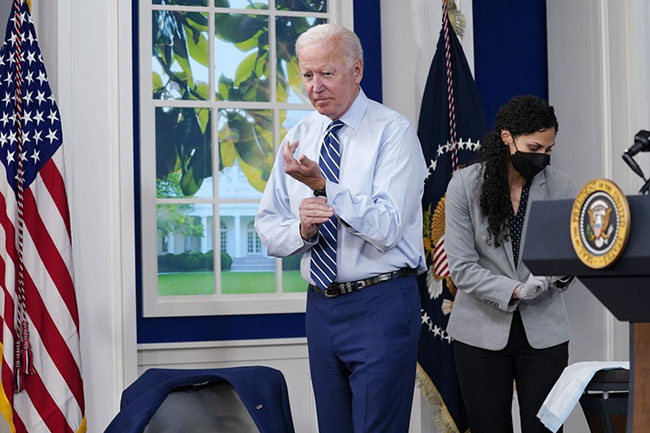 “But low and behold, it’s just a weird ‘fake White House.’ Why on earth would you even do that?” DuPree asked, adding, “Look, I am not an Ivy League genius or anything, but I’d think if you want people to actually start trusting you with this vaccine, you should probably just take it inside the real White House, not a fake ‘set’ made to look like one.”