Members of Joe Biden’s presidential campaign, as well as Biden’s running mate Kamala Harris, have supported a fund that has raised more than $35 million to bail out Black Lives Matter and Antifa thugs who are arrested while rampaging through America’s cities. 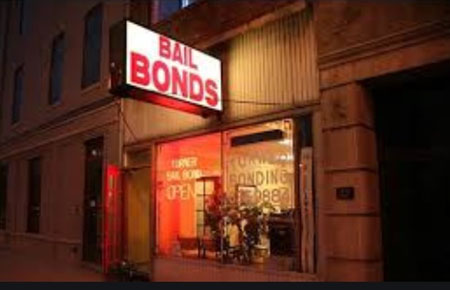 At least 13 Biden campaign staff members posted on Twitter that they made donations to the Minnesota Freedom Fund, which opposes the practice of cash bail, or making people pay to avoid pre-trial imprisonment. The group uses donations to pay bail fees in Minneapolis.

Harris tweeted on June 1: “If you’re able to, chip in now to the Minnesota Freedom Fund to help post bail for those protesting on the ground in Minnesota.”

Those being sprung from jail by the fund are far from “peaceful protesters,” reports say.

“Among those bailed out by the Minnesota Freedom Fund (MFF) is a suspect who shot at police, a woman accused of killing a friend, and a twice-convicted sex offender, according to court records,” Fox 9 reported. “According to attempted murder charges, Jaleel Stallings shot at members of a SWAT Team during the riots in May. Police recovered a modified pistol that looks like an AK-47. MFF paid $75,000 in cash to get Stallings out of jail.”

The MFF also put up more $100,000 for an alleged murderer and $350,000 for “a twice-convicted rapist, who is currently charged with kidnapping, assault, and sexual assault in two separate cases.”

Greg Lewin, the interim executive director of the fund, said: “I often don’t even look at a charge when I bail someone out. I will see it after I pay the bill because it is not the point. The point is the system we are fighting.”

“Democrats WANT the most violent rioters released from jail so they can cause more chaos. Why else would Kamala Harris and Joe Biden brag about their work with the Minnesota Freedom Fund, which raises money to bail out ‘protesters’ arrested by police?”

On his Sept. 1 broadcast, Beck detailed some of the crimes committed by rioters who are now back on the streets due to the bail fund. Their rap sheets include everything from shooting cops to committing murder.