Author warns of ‘tsunami of voter fraud’ in November

The author of “Fraud: How the Left Plans to Steal the Next Election” said the Left feels it has the “moral authority” to derail the Trump administration by any means necessary – including voter fraud.

“The Left seems to be motivated to create their desired political outcome unlike anytime I can remember,” the Government Accountability Institute’s (GAI) Eric Eggers said during an interview on SiriusXM’s Breitbart News Tonight. 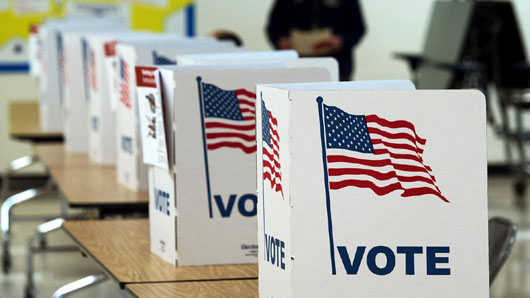 Eggers concluded: “I actually think that because of the lax oversight and the organized effort, motivated like never before, to take back the House, take back the Senate, impeach the president, end ICE, I think we’re actually poised for a tsunami of voter fraud.”

Leftist organizations funded by George Soros work to cut off efforts to implement voter-ID laws, Eggers said. The same organizations also work to stop those who seek to prevent double-voting by persons registered to vote in multiple states.

The Soros-funded organizations “both fight to keep those vulnerabilities in place, as in Ohio, by trying to prevent efforts to pass voter-ID laws or to make the voter rolls more secure; but then they also – and this is really the insidious part – they fund organizations that go out and round up voters, regardless of legality of their status, and force them through the vulnerabilities in the system,” Eggers said.

“There are 248 counties in this country that have more registered voters than actual citizens of legal voting age. It’s a problem because it creates opportunity for organizations like the formerly known ACORN and La Raza – they’re all funded by Soros – to go and figure out where the vulnerabilities are and force the voters – whether they’re legal or not – through the gaps.”

The GAI found thousands of instances of “double voting” in Florida alone in the 2016 election, Eggers said. In those instances “2,100 times, somebody that lives in Florida cast a ballot, and then cast a second ballot in a different state. … That’s nearly four times what the margin of victory was in the presidential election in 2000. These are the kinds of stakes that can absolutely swing an election.”

The Washington Post “came out with a story where it cited an allegedly non-partisan expert that tried to criticize the report we did at GAI in which we examined and found all those issues of double-voting,” Eggers said.

“The problem is, the people they cite as the quote-unquote experts are actually activists. All of them have one thing in common: they’re all affiliated with funding from George Soros; the Brennan Center has taken millions of dollars from George Soros and the academic they cite from Portland, Oregon has worked with John Podesta’s Center for American Progress [and] the Democracy Fund which is partnered with some Soros organization.”

Eggers also noted that the Post “didn’t do us the courtesy of reaching out and giving us a fair chance to kind of point out, maybe, some of the inherent bias of the people they were speaking to.”

“The hatred for the current administration is such that they clearly feel like they have the moral authority, so any activity – including taking ballots from unsuspecting senior citizens – seems to be supported because the ends are going to justify the means.”