A charter school in Atlanta will return to having the Pledge of Allegiance after parents voiced their outrage over a new oath proposed by the principal that would have hailed, among other things, “our global society.” 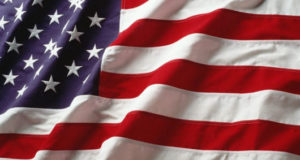 Atlanta Neighborhood Charter School Principal Lara Zelski had decided that students would no longer recite the Pledge of Allegiance during the school’s morning meeting agenda.

Instead, a new pledge would be created specifically for the school.

“Teachers and the K-5 leadership team will be working with students to create a school pledge that we can say together at morning meeting,” Zelski wrote, adding that it “will focus on students’ civic responsibility to their school family, community, country and our global society.”

“I’m really looking forward to what our students create,” Zelski wrote, according to TheBlaze.

Parents quickly criticized the move, which wound up getting the attention of Georgia House Speaker David Ralston.

“I’m sure our House Education Committee will examine whether taxpayer funds should be used to instill such a divisive ideology in our students,” Ralston posted online, the AJC reports.

Soon after the parents and Ralston spoke up, the school reversed its decision.

Zelski’s announcement was removed from the school’s website and replaced with a statement from Lia Santos, chairwoman of the school’s governing board.

“In the past, the Pledge of Allegiance was recited during our all-school morning meeting, but at the start of the school year, the daily practice was moved to classrooms. This change was done in compliance with state law … and aligned Atlanta Neighborhood Charter School with most other schools in the state who also say the Pledge of Allegiance in individual classrooms.

“However, it appears there was some miscommunication and inconsistency in the rollout. Starting next week, we will return to our original format and provide our students with the opportunity to recite the Pledge during the all-school morning meeting,” Santos wrote.

Janice Crouse, conservative analyst and author of “Children at Risk,” told One News Now the situation provides an important lesson for parents.