As election day nears, 1.4 million Obamacare enrollees in 32 states are losing their plans

More than 1 in 10 Obamacare enrollees are going to lose their current healthcare plans.

According to Bloomberg, at least 1.4 million people in 32 states will be looking for new plans when open enrollment begins because their old plans will cease to exist after Dec. 31, 2016. 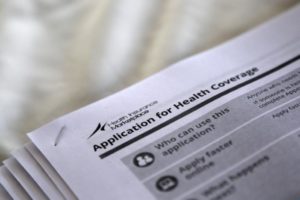 Due to excessive losses, 17 of Obamacare’s 23 approved healthcare cooperatives shut down.

“These co-ops attempted to use low premium prices as a lure to attract a large number of enrollees, but they (and larger health insurers for that matter) simply didn’t count on their enrollees being sicker and more costly than anticipated. When they didn’t get the financial protection they’d been counting on, about three-quarters of the co-ops were forced to close their doors,” Sean Williams wrote for The Motley Fool on Oct. 23.

Meanwhile, three of the nation’s five largest insurers have decided to significantly pull back on their coverage for 2017 following cumulative losses of nearly $1 billion from Obamacare in 2015 and 2016.

“In other words, health plan choices are shrinking for consumers in what should be a transparent purchasing environment,” Williams wrote. “Furthermore, fewer choices could give the remaining insurers even stronger pricing power, hurting middle-class families that make too much to qualify for subsidies.”