An armed citizen stopped a burglary at an Atlanta Chik-fil-A this week and, with help from other citizens, held the suspect until police apprehended him, the Atlanta Police Department said. 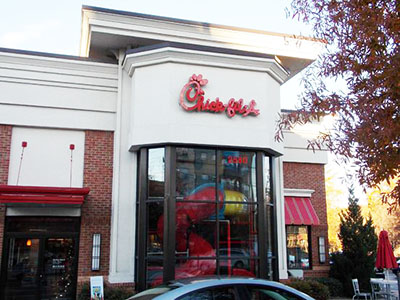 On March 8 around 3:03 p.m., the Atlanta PD said officers responded to a Chik-fil-A on Peachtree Street.

“Upon arrival, officers spoke with witnesses who stated a black male walked inside, produced a firearm and demanded money from several employees. The employees fled and the suspect exited the business a short time later.

“Several nearby citizens confronted the suspect as he was leaving. One of the citizens was armed and at some point, during the confrontation, the citizen fired several shots. The suspect ran on foot and was apprehended nearby by the citizens and held until police arrived,” the Atlanta PD said.

The Atlanta PD added: “The suspect’s weapon was recovered. No one was struck by the gunfire and charges are pending against the robbery suspect. No charges have been filed against the citizen and the investigation continues.”

The suspect was identified as Willie Gloston IV, 23.

The suspect was charged with armed robbery, aggravated assault, and possession of a firearm during the commission of a felony. He is being held in the Fulton County jail.