AOC hurting: Bernie sold her down the river, and Biden isn’t calling

In an article published on Monday, socialist Rep. Alexandria Ocasio-Cortez told The New York Times that Joe Biden’s campaign has not yet reached out to her after Bernie Sanders suspended his presidential campaign. 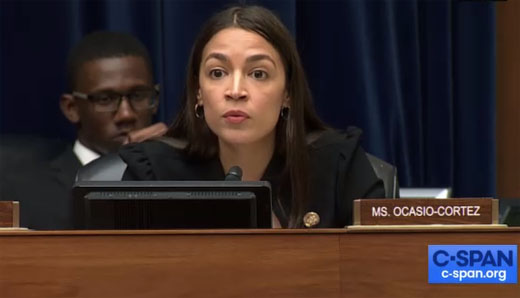 “We’ve got to make Trump a one-term president, and we need you in the White House,” Sanders said in a livestreamed video with Biden.

Medicare for All, the number one priority of the Sanders campaign, was not even mentioned in the conversation between Sanders and Biden.

In her interview with The New York Times, Ocasio-Cortez lashed out at Biden’s policies and noted that he hasn’t reached out to her. She also called Biden’s newly released Medicare eligibility plan “almost insulting.”

“They floated this olive branch to the progressive left of lowering the Medicare age to 60,” AOC told the Times. “And it’s almost insulting. I think Hillary [Clinton] was looking at policies that lowered it to 50. So we’re talking about a ‘progressive concession’ that is 10 years worse than what the nominee had in 2016.”

AOC “has to be feeling pretty isolated right now. Her idol sold her and her movement down the river by not only endorsing Joe Biden, but not even trying to get him to commit to anything on Medicare for All,” RedState columnist Bonchie noted. “That was the entire centerpiece of the Bernie Sanders campaign and Biden wasn’t even asked about it by the Vermont Senator in their awkward back and forth.”

Ocasio-Cortez, New York Democrat, “appears to have backed the wrong horse and left herself nowhere to go,” Bonchie wrote. “Does she go crawling back to Pelosi, begging for some visibility? Or does she hold firm and push against Biden’s candidacy until he possibly capitulates to some of her demands?”

Bonchie continued: “My suspicion is that she’ll cave. Like all good Marxists, she craves power more than she does actual institutional change. It’s all fun and games until she ends up having her seat redistricted out of existence and she’s back tending bar.”

As for the socialist polices of the Sanders campaign, Bonchie noted, “All the rallies, all the slogans, and all the Twitter trolling were for naught. In their moment of maximum leverage, where they could have tried to extract some concessions from the party, Sanders abandoned his army and bowed before his DNC masters. He’s got lake houses to fund after all.”

Bonchie noted that Ocasio-Cortez’s “puppet masters over at the Democratic Socialists of America aren’t endorsing Biden either, and they’ve made it clear they won’t be doing so in the future.”

Bonchie concluded: “In the meantime, AOC will make some noise and attempt to exert influence. I doubt she has much impact at this point though. The real wildcard continues to be the millions of followers she and Bernie amassed. Do they bend the knee to the DNC after getting screwed again? Most will, but I’m skeptical they all will, and that could swing the election in November.”