Don’t be fooled. This is merely another instance of a big-brand corporation getting caught sloppily trying to play both sides of an issue without realizing the landmine it was about to step on.

Delta has plenty of alarming woke bona fides of its own. By all indications, it is an especially fervent Big Corporate devotee of the social justice Left. 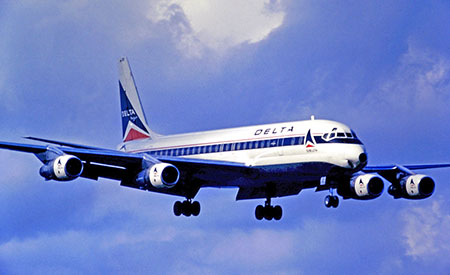 Let’s start off with the fact that CEO Ed Bastian is a member of the Council on Foreign Relations. Why on Earth would an airline CEO feel the need to join that particular globalist organization? Well, you do that if you are part of an agenda. Bastian is very much an agenda-setter at Delta.

In an Aug. 11, 2020 company memo, Bastian declared that Delta’s mission is to become an “anti-racist organization” (bold added throughout this column):

Amid the global reckoning over historic racial inequality and injustice, we have been listening, learning and taking steps toward becoming an anti-racist, anti-discrimination organization. Those steps have included a series of virtual Town Halls on racial justice, updated Equal Opportunity and social media guidelines, a new library of anti-racism resources on Deltanet, and our advocacy for Georgia Hate Crimes legislation and police reform in Minnesota.

In late May, like a dutiful CEO, Bastian emoted on the George Floyd killing in Minneapolis. Lemming-like, he asserted that the company should reflexively comply with a dominant anti-racism narrative being “amplified” by others:

Being a values-led brand means we not only raise our voices when something goes against our beliefs, we help amplify those who have been silenced. We often think we need all the answers, but it’s important to remember that we don’t need answers to know that racism, violence, bigotry and hatred have no seat at our table.

“We must grapple with our past to make sense of our present in order to course correct the future. Whether in our homes, communities, workplaces, or more – we must become anti-racists. Anti-racism, an important step beyond pro-equality – helps abolish silent oppression. It bridges the gap between knowing what’s right and doing what’s right – especially when equity is within reach.”

Delta has flexed its corporate muscle with politicians as well. Last year, it pressured Georgia to enact a Hate Crimes Law:

In keeping with company values, Delta was one of more than 50 Georgia companies that formed a coalition urging the Georgia General Assembly to approve a “comprehensive, specific and clear bill” against hate crimes. The effort was organized by the Metro Atlanta Chamber, of which Delta CEO Ed Bastian is on the Executive Committee and will be chair in 2021.

Each of us has an important role in bringing about social justice in our communities, and we’re using our voice to enact change in our hometown.

Georgia is one of only four states without a law against hate crimes. We’re asking our government to change that.

Delta made further Black Lives Matter news last year with a ballyhooed sob story about awarding an official Delta Airlines BLM pin to a black passenger after she was allegedly “harassed” by a fellow passenger wearing a Blue Lives Matter coronavirus mask.

In January, the company put Trump supporters on its no-fly list for heckling RINO Sens. Mitt Romney of Utah and Lindsey Graham of South Carolina inside an airport. Not on the plane. Inside an airport.

Freedom of speech is not standard on Delta. But forced racial “conversations” at the workplace are, like this one against anti-Asian “hate crimes” this month:

One of the first steps in creating change is driving awareness and education around racism, even when those conversations are difficult. To discuss the rise of anti-Asian hate crimes, more than 800 Delta employees tuned in for a virtual “Let’s Talk About It” session on March 5 to discuss this issue. The session was hosted by Delta’s Asian Pacific Business Resource Group (FUSION) in partnership with The Global Office of Diversity, Equity & Inclusion and featured Delta leaders Ranjan Goswami, V.P. – In-Flight Service Build Operations and FUSION Executive Sponsor; Jennie Ho, President – Delta Vacations; and Timothy Wang, Associate General Counsel.

In 2019, we reported that Delta was a “featured partner” of CARE, an internationalist NGO that is actively pushing the Third World refugee invasion of America.

Last August, we reported that Delta is a $1 Million+ Lifetime corporate donor to the Carter Center, the Jimmy Carter foundation that “monitored” our outrageously fraud-riddled 2020 presidential election. Jimmy Carter himself in 2019 directly stated that Donald Trump was an illegitimate president who “didn’t actually win the election in 2016.” “He lost the election,” Carter declared at a “human rights conference” hosted by the Carter Center. “And he was put into office because the Russians interfered on his behalf.”

In 2018 Delta caved and pulled a group discount for the National Rifle Association, saying it couldn’t support “politically divisive” organizations. “The airline’s decision to end the discount cost it a tax break in Georgia that would have been worth tens of millions of dollars,” CNN reported at the time. Angry Republicans in the Georgia legislature pulled the tax break due to Delta’s treatment of the NRA. Although the airline stated that only 13 discounted tickets were affected, the company cost itself a bundle in the name of progressive political posturing.

Remember our article on Barack Obama embeds in corporate America? Former Obama Secretary of Defense Ash Carter is on Delta’s Board of Directors.

David S. Taylor, another Delta Board member, “serves on the Board of Directors of the US-China Business Council” – a rabidly pro-communist China organization.

Delta may momentarily find itself in hot water with the braying hyenas of the progressive Left, but things will no doubt soon blow over. The company is on an anti-racist mission that just so happens to dovetail perfectly with its cozy globalist leanings. Amends will be made, dollars will be donated (reparations?) and the Cultural Marxist cause will continue its unabated advance within the halls of Big Corporate America.