Analysis: Illegal votes by non-citizens alone may have proved decisive in 2020

An independent media site’s analysis found that illegal votes cast by non-citizens in the Nov. 3 election may have tipped the scales in favor of Democrat Joe Biden. 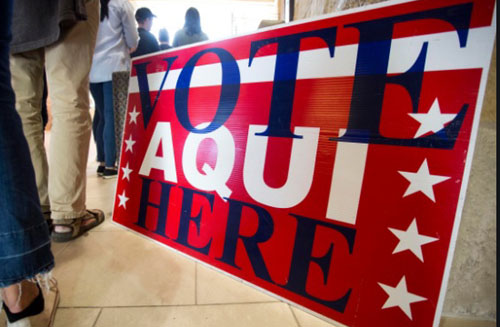 Just Facts based its estimate on current population data from the Census Bureau and voting data from previous elections.

“Instead of adding politics, vitriol, and bias to this timely, heated topic, this study provides a credible data analysis that supports a strong hypothesis of non-citizens having a significant effect on this election. Any serious critic should try improving on these estimates, as opposed to dismissing them with unproven claims,” said Dr. Andrew Glen, Professor Emeritus of Operations Research at the United States Military Academy, and researcher in the field of computational probability.

The federal voter registration form requires people to declare under penalty of perjury that they are U.S. citizens, but it does not require them to provide documentary evidence that they are citizens. Several states, including Arizona and Georgia, tried to implement such a requirement, but they were blocked from doing so by court rulings backed by the Obama administration.

Based on previous elections and stated preferences for Democrat policies, the analysis by Just Facts applies the party vote breakdown of non-citizens voters as 82 percent Democrat and 18 percent Republican for the 2020 election.

“By subtracting these illegal votes for Trump from the illegal votes for Biden, the study arrives at the figures above for the extra votes that these fraudulent activities have netted Biden in the battleground states,” the analysis says.

2020 election, Analysts: Illegal votes by non-citizens alone may have proved decisive in 2020, WorldTribune.com