An American history lesson is needed; Listen up

“Facts are stubborn things; and whatever may be our wishes, our inclinations, or the dictates of our passion, they cannot alter the state of facts and evidence.” — John Adams

American history has been hijacked by progressives who “would have us believe our nation was founded on injustice and oppression,” a former editor at the Washington Times wrote.

“Every honest and intelligent citizen of the United States ought to oppose this propaganda,” Robert Stacy McCain wrote for The American Spectator on June 8.

The 1619 Project asserts that the American Revolution was fought to preserve slavery. It has been debunked by historians of all political stripes, but that has not stopped the Left from infecting American schools with what “must be viewed as political propaganda intended to incite racial hatred,” McCain wrote. 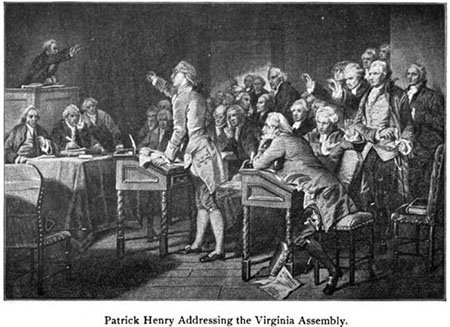 As they habitually refer to “our democracy,” Joe Biden and others on the Left have made are “misunderstanding the historic roots of American liberty,” McCain noted.

But that misunderstanding is not exclusive to the Left and “leads to wrong-headed notions” about the United States.

“Judging from the reaction to the 1619 Project, many patriotic (and allegedly educated) Americans are just as ignorant of the history of our liberties as any of the radicals now trying to impose the ‘woke’ notions of Nikole Hannah-Jones upon our children and grandchildren,” McCain wrote. “It is a dangerous error to take the lofty rhetoric of the Declaration of Independence out of context, as if the ‘unalienable rights’ of which that document speaks were really as ‘self-evident’ as Thomas Jefferson’s preamble famously claimed. If our rights to ‘life, liberty and the pursuit of happiness’ were so obvious, and so universal as to be possessed by ‘all men,’ then why was this assertion being written in English — in America, in 1776 — and not in some other language in some other country at any other time? Unless you can answer that question, you are not qualified to speak about the origins of American liberty.”

Related: New York Times wins Pulitzer for ‘1619 Project’ that was debunked by historians, May 5, 2020

McCain continued: “Our liberty as Americans did not begin with the Declaration to which John Hancock and others affixed their signatures in July 1776. Rather, our rights can be traced to England as far back as the reign of King John, whom the barons compelled to sign the Magna Carta at Runnymede in 1215. Over the course of the ensuing four centuries, before the first permanent English colony in the present-day United States was established, the limitations of royal power and the rights of His Majesty’s subjects had been developed in English law. It is this history that explains why, when the American colonists began to assert their right to self-government in the 1760s, their rallying cry was ‘No taxation without representation.’ ”

Have our schools stopped teaching this history?

“When I was a schoolboy, our teachers made this point clear to us: the Stamp Act of 1765 was the spark that lit the flame of American liberty because it was understood by the colonists as a violation of their rights as Englishmen,” McCain noted.

It was Patrick Henry who, in 1765 in the Virginia House of Burgesses, “most clearly articulated the understanding (already well-developed among the colonists) that their rights as English subjects had not been left behind in the mother country when they migrated to America,” McCain wrote. “Having brought here with them the rights their ancestors had striven to obtain during centuries of struggle in England, the American colonists saw the Stamp Acts as a violation of their rights under the English common law and constitution.”

If you weren’t taught about the Virginia Resolves in school, let us now remedy the deficiency of your education:

Resolved, that the first adventurers and settlers of His Majesty’s colony and dominion of Virginia brought with them and transmitted to their posterity, and all other His Majesty’s subjects since inhabiting in this His Majesty’s said colony, all the liberties, privileges, franchises, and immunities that have at any time been held, enjoyed, and possessed by the people of Great Britain.

Resolved, that by two royal charters, granted by King James I, the colonists aforesaid are declared entitled to all liberties, privileges, and immunities of denizens and natural subjects to all intents and purposes as if they had been abiding and born within the Realm of England.

Resolved, that the taxation of the people by themselves, or by persons chosen by themselves to represent them, who can only know what taxes the people are able to bear, or the easiest method of raising them, and must themselves be affected by every tax laid on the people, is the only security against a burdensome taxation, and the distinguishing characteristic of British freedom, without which the ancient constitution cannot exist.

Resolved, that His Majesty’s liege people of this his most ancient and loyal colony have without interruption enjoyed the inestimable right of being governed by such laws, respecting their internal policy and taxation, as are derived from their own consent, with the approbation of their sovereign, or his substitute; and that the same has never been forfeited or yielded up, but has been constantly recognized by the kings and people of Great Britain.

“When these resolutions were published — despite the attempt of Virginia’s royal governor to suppress their publication — they were immediately embraced by American patriots everywhere, who in their own colonial assemblies passed versions of the same resolutions and sent delegates to the Stamp Act Congress in New York to organize a united opposition,m” McCain noted. “It is from these events, and the understanding expressed by Henry of the colonists as possessing ‘all the liberties, privileges, franchises, and immunities’ of any English subject, that the movement toward American independence originated.”

“Our nation’s political and cultural traditions have specific historical roots. The settlers who established the first colonies were English and brought with them the customs of their native land, including traditions of law in which are to be located the roots of American liberty. Some of these early settlers were Puritans and others were Anglican or Catholic or members of various dissenting religious sects, but practically all of them were Christians from England and thus heirs to a common national culture.

“All Americans, whatever their ethnic background, ought to be conscious of this history. What does ‘our democracy’ really mean if it does not refer to the system of government and law that emerged from the colonial uprising against the Stamp Act? Patrick Henry’s bold defense of Virginians as possessing all the ‘liberties, privileges, franchises, and immunities’ their English ancestors had fought to gain in generations of struggle against royal power was an inspiration to American patriots everywhere. It should still inspire us today.”