Agents: Speaking out on FBI corruption risks being ‘thrown to the dogs’

FBI agents are reluctant to testify against their superiors before Congress out of fear of retaliation, a report said.

Agents fear that the current Whistleblower Protection Act does not provide sufficient protection, according to interview transcripts with two FBI agents that a former White House official provided to reporter Kerry Pickett of The Daily Caller. 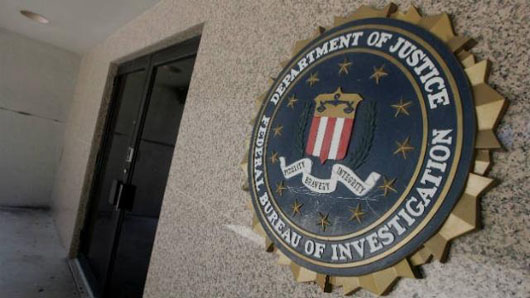 One special agent said, “It’s a question of basic credibility – Congress, the executive, and oversight are not seen to have any gravitas or seriousness. The inmates have been running the asylum and they don’t respect, much less fear, their overseers. We know we’ll be hung out to dry.”

The former White House official said the agents he was in contact with were “hunkering down because they see good people being thrown to the dogs for speaking out and speaking out does nothing to solve the problems.”

The official believes that “Congress and DOJ are so weak and clueless and can’t be trusted to follow through.”

One agent said in the transcripts: “…don’t get me wrong, there are still a few good people scattered about, but main Justice and the bureaucrats are running the show, want to run out the clock on this administration, and keep the status quo.”

Another special agent, when asked about being subpoenaed, said, “This is a great opportunity for senior or [soon to be retiring] guys, not for someone like me. It’d be suicide. I hate to say it, but neither the judiciary nor the executive branch is wielding any kind of effective oversight right now, and the top managers know it.”

He continued, “You still have a ton of bad people in place. Unless that changes, and I haven’t seen any degree of seriousness on the part of ranking members nor staffers, I’m not meeting with anyone nor willing to be subpoenaed. I’m not coming forward until they get their act together. Right now, it’d be sacrificing a career for cheap political points.”

One agent argued that, “Even with the enactment of the new law, what is the deterrent for retaliation against Whistleblowers? The FBI executives will just stall, ignore, and run out the clock until the victim runs out of money for legal fees or else retires.”

He added, “That is why the new Whistleblowers want to be subpoenaed. They simply don’t have the resources to fight the inevitable retaliation that will ensue, regardless of the new law.”

According to a December 1, 2015 letter from then-FBI Assistant Director Stephen Kelly, less than 2 percent of FBI retaliation claims result in punishment for the retaliators or a remedy for the victims, the Daily Caller noted.

“They leave you penniless, unemployed, and unemployable. Those who work those issues in the government who are aware of the score recognize the roadkill they will become if they come forward,” one former Department of Defense official told the Daily Caller.