More Americans died from illicit opioid overdoses in 2015 than did in the deadliest year of the Vietnam War, according to newly released statistics from the Centers for Disease Control (CDC).

According to the CDC, 12,990 American citizens died from heroin overdoses in 2015, a 23 percent increase from 2014’s 10,574 heroin deaths. Another 9,580 Americans died from overdosing on synthetic opioids, primarily from the fentanyl group, up 73 percent from 5,544 the previous year. Since the victims frequently combine heroin and fentanyl together and to avoid double counting, the CDC said, “taken together, 19,885 Americans lost their lives in 2015 to deaths involving primarily illicit opioids.” 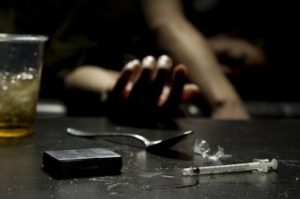 According to U.S. government official statistics, there were 16,899 fatalities to U.S. forces in Vietnam during 1968, the highest yearly level of the war.

“Based on local reporting so far this year, there is every likelihood that when the 2016 numbers come out at this time next year, the losses to young American men and women will be indeed staggering. In fact, the 2016 numbers could be 50 percent or more higher than the Vietnam War fatalities at its worst,” William C. Triplett II, the former chief counsel to the Senate Foreign Relations Committee, wrote in an analysis for The Washington Times on Dec. 13.

“Yes, those dying of opioid overdoses are volunteers, but we don’t call it ‘getting hooked’ for nothing. Even the most caring and expensive substance abuse treatment is up against a vicious foe when it comes to opioids like Mexican heroin and Chinese fentanyl.”

Triplett cited Stephen Gilman, a treatment specialist physician in New York City, who said that about 85 percent of those who go off opioids relapse within one year.

“Certainly, those who are now addicted deserve our concern, whatever the relapse rate,” Triplett wrote. “Congress has just moved to appropriate $1 billion for treatment options. This may help those currently suffering, but it does nothing to prevent tens of thousands of other Americans becoming newly addicted and dying miserable deaths.”

Triplett said that “prevention is the real role for government in halting the unnecessary deaths of Americans from poison pouring over the border and this is where the Obama administration has failed spectacularly.

“The fact that Mexican heroin and Chinese fentanyl are widely available, and cheap, in every community in the country tells us that the administration has let the flood gates open with disastrous consequences.”

Triplett noted that a batch of “bad heroin” was responsible for the recent overdose deaths of 35 people over five days in Philadelphia.

“The toxicology reports are not back yet, but the report of ‘bad heroin’ may turn out to be heroin laced with one of the relatives of fentanyl,” Triplett wrote. “In the competitive street drug environment, Chinese chemists are trying to stay ahead by changing the potency to the point where American dealers don’t know how much to dilute it.”

The fentanyl-related drugs are “now so potent that they even pose a danger to first responders and K-9 officers when this junk gets airborne.”

“The nomination of Marine Gen. John Kelly as secretary of Homeland Security is an excellent start,” Triplett wrote. “His last assignment before retiring was as commander of the U.S. Southern Command. Southcom covers U.S. responsibilities south of Mexico and gave Gen. Kelly a useful appreciation of the situation facing citizens of Latin America who may wish to become illegal migrants to the United States. The general is a strong proponent of border security.”

Triplett concluded: “The bottom line is that the deaths of 20,000 Americans lie at President Obama’s door and next year, there will be still more to be counted from his watch. Even with a Trump 100-day push on border security, we can’t expect the death rate from trafficked Mexican heroin and Chinese fentanyl to come down much before December 2017. But it will come down, and someone’s child who might otherwise have been lost, will live.”