A non-profit Obamacare co-op in New Mexico did not inform its mostly low-income customers that it was insolvent and also failed to reveal that its executives were paid up to $450,000 per year, a report said.

New Mexico Health Connections, which burned through $77.3 million in federal loans awarded by the Obama administration, became insolvent and saw its entire board resign in June, The Daily Caller News Foundation reported on Jan. 10. 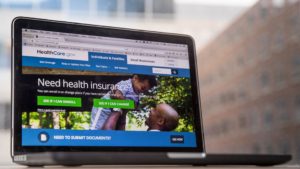 The non-profit was “bleeding about $20 million in red ink a year,” an Albuquerque Journal editorial noted.

The co-op’s customers weren’t informed that their insurer was insolvent and its board had resigned until after the Obamacare “open enrollment” period for 2018 had expired, the Daily Caller report said.

The nonprofit was one of 24 co-ops originally set up under Obamacare. Only three remain.

“The deal meant the insolvent non-profit would continue serving individual customers – its most vulnerable and poorest customers,” the Daily Caller noted, adding that about 22,000 customers were affected.

“We all wanted the company to succeed, but we were effectively insolvent in June,” Diane Denish, a co-op board member and New Mexico’s lieutenant governor under Democratic Gov. Bill Richardson, said in a Jan. 9 interview with the Albuquerque Journal.

Other insurance companies are facing significant losses due to the co-op’s insolvency. The largest creditor is Presbyterian Healthcare Services, which is owed $7.6 million. Blue Cross Blue Shield of New Mexico said Health Connections will likely owe it several million dollars.