A May special election in New Jersey, which was held exclusively by mail-in vote due to coronavirus concerns, was rife with voter fraud, the state’s attorney general said. 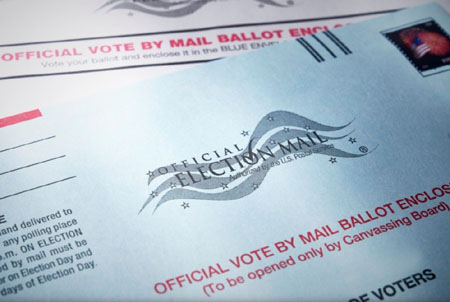 “Today’s charges send a clear message: if you try to tamper with an election in New Jersey, we will find you and we will hold you accountable,” Grewal said in a statement to InsiderNJ.

The attorney general’s Office of Public Integrity & Accountability (OPIA) began a probe after the Postal Inspection Service issued the warning.

“The residents of New Jersey have a right to free and fair elections, and we will ensure that happens,” Thomas Eicher, director of the OPIA, said in a statement. “Our office’s criminal investigations complement a number of other safeguards that New Jersey has implemented to ensure the integrity of our elections.”

In the May 12 vote-by-mail election, 13,557 of the 16,747 votes in Paterson were counted, a local NBC affiliate in New York reported in May. More than 800 ballots in Paterson were invalidated for appearing in mailboxes tethered together. One mailbox reportedly had hundreds of ballots tied together.

The board of elections disqualified another 2,300 ballots after concluding that the signatures did not match voting records.

One Paterson woman named Romana Javier, after NBC showed her a list of people who allegedly voted on her block, told the channel that she never received a ballot and did not vote. “We did not receive vote-by-mail ballots and thus we did not vote,” she said. “This is corruption. This is fraud.”

President Donald Trump has called out the potential for widespread fraud from mail-in ballots, tweeting in May that California’s mail-in ballots will be “substantially fraudulent.”

Earlier this month, Judicial Watch filed a motion for a preliminary injunction to bar the enforcement of California Gov. Gavin Newsom’s executive order mandating that unrequested and unneeded mail-in ballots be sent to all of the state’s registered voters for the Nov. 3 election.

A voter in New Jersey who receives a mail-in ballot must complete the ballot and then return the ballot through the mail, or deliver it to the County Board of Elections. The state also allows the voter to give the completed ballot to a so-called bearer, who must complete a bearer certification on the ballot before returning it on behalf of the voter.

The ballots, sent to residents ahead of the state’s July 7 primary per Democrat Gov. Phil Murphy’s executive order requiring ballots to be sent to every registered voter, were addressed to 91 homes in the county.

The news comes on the heels of another ballot-related incident, as hundreds of New Jersey Republicans received misprinted mail-in primary ballots, listing Democrat candidates instead of Republicans.

As it turned out, anywhere from 500-700 of the 2,400 registered Republican voters in Bernardsville received a misprinted ballot listing Democrat candidates instead of Republicans.

While the county clerk’s office typically prepares the ballots, the office outsourced the work to the printing company Reliance Graphics, Inc., due to the governor’s last-minute order requiring county election officials to send ballots to all registered Republican and Democrat voters and VBM ballot applications to “unaffiliated and inactive voters,” citing coronavirus-related concerns.

Notably, Somerset County Clerk Steve Peter said the PDF proof, which Reliance sent over ahead of printing and distribution, posed no issue. However, Reliance President Bob Fetterly called the mistake a “human error but would not elaborate on what exactly happened or why the error only affected 500 to 700 Bernardsville Republicans,” according to NJ.

Meanwhile, a U.S. Postal worker was caught on video throwing a stack of a Republican congressional candidate’s campaign mailers in a dumpster.

“A U.S. Postal worker was just caught on video throwing a stack of my campaign mailers in a dumpster. Some patriots nearby heard a noise when she tossed them in & went to investigate. They found a stack of them and called me. No wonder people are skeptical of mail in voting.” Sheriff Nehls, a Trump supporter, said.

Sheriff Nehls said his campaign relies on mailers because they don’t have money for TV advertising.

We’re running a grassroots campaign and don’t have money for TV. I rely on mailers to reach voters and it’s sad to see a federal employee interfering with that. If you’d like to pitch in a few dollars to help our campaign reach more voters, click here: https://t.co/don9ppUfvl