A woman who was legally carrying a handgun shot and killed a man who had opened fire on a graduation party in Charleston, West Virginia, police say. 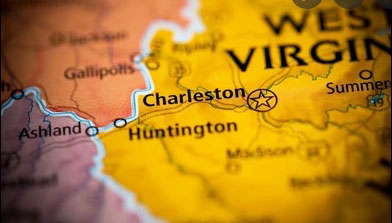 According to the Charleston Police Department (CPD), 37-year-old Dennis Butler had been approached about speeding in the apartment complex while children were playing. Butler then left the complex and returned a short time later, pulled out an AR-15 style rifle and started firing at people attending the party.

A bystander attending the party quickly pulled out her pistol and fired at Butler, stopping what police say could have been a mass casualty event.

“Instead of running from the threat, she engaged with the threat and saved several lives last night,” said CPD Lt. Tony Hazelett. “She was lawfully carrying a firearm and stopped a threat. There was a graduation party and a party with kids so obviously someone just graduated high school and we could have had a casualty shooting.”

According to the CPD, officers arrived outside of the apartment complex at 10:45 on Wednesday night for a report of a shooting. When police arrived, they found Butler with multiple gunshot wounds. Butler later died.

Charleston Police say several witnesses and the person who fired the gun waited on police to get there and fully cooperated with the investigation. No one has been charged in the shooting.

Woman carrying pistol credited with stopping mass shooting at graduation party added by Editor Two on May 30, 2022
View all posts by Editor Two →