Wikipedia has deleted an entry for Rosemont Seneca Partners, Hunter Biden’s investment firm that is at the center of his shady deals with foreign entities during Joe Biden’s time as vice president. 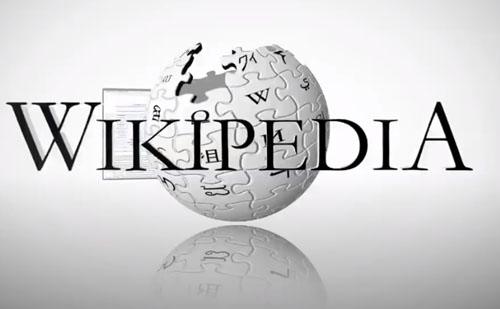 Wikipedia has tilted so far left in recent years that its co-founder Larry Sanger now says the site can not longer be trusted and has become “propaganda.”

“There’s a very big, nasty, complex game being played behind the scenes to make the article say what somebody wants them to say,” Sanger said last year.

Wikipedia editors say they took down the Rosemont Seneca entry on Wednesday, deciding it was “not notable” and that keeping up the page was “a magnet for conspiracy theories about Hunter Biden.”

Far from a “conspiracy theory,” Rosemont Seneca in fact was one of a handful of companies listed in a May 2019 grand jury subpoena that ordered JP Morgan Chase to provide records of transactions between Hunter Biden’s various ventures and the Bank of China for the previous five years.

Archer’s attorney, Matthew Schwartz, confirmed that his client had “cooperated completely” with the Department of Justice after the subpoena was leaked online by Marco Polo, which is preparing a comprehensive report on the Biden family.

A Wiki editor identified only as Alex wrote of the Rosemont Seneca page: “This organization is only mentioned in connection with its famous founders, Hunter Biden and Christopher Heinz.”

Arguments to merge the Rosemont Seneca entry with Hunter Biden’s official Wikipedia page were overruled by the Wikipedia censors.

“The brief article was thin on details and in bad need of an overhaul, but did provide information about the company’s founding by Hunter Biden, Devon Archer and Chris Heinz,” the New York Post reported.

“If a Trump-linked company had its Wikipedia page wiped or one from the Russia probe, it’s more than a safe bet to say that CNN would be dedicating multiple reporters to following the internet trail,” Curtis Houck, Managing Editor of the Media Research Center, told The Post.

The Epoch Times and The Gateway Pundit have been banned from use as “reliable sources” by Wikipedia. Breitbart News was blacklisted as a “reliable source” on Wikipedia in 2018. UK-based The Daily Mail has also been banned by Wikipedia. The popular conservative news site The Daily Caller in February 2019 was declared a “deprecated source” on Wikipedia, which means citing it is generally prohibited. 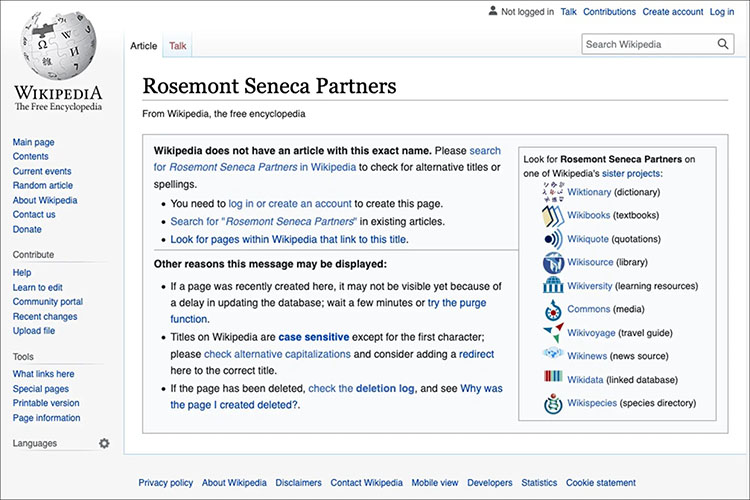