Criminal networks have enslaved some 100,000 people in Great Britain, but police are too frightened to intervene out of fear of being labeled “racists,” anti-slavery groups say. 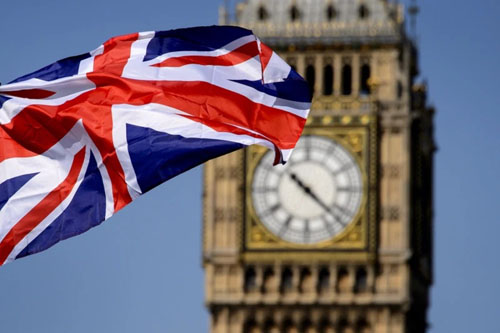 In a report published on Sunday titled “It Still Happens Here”, the Center for Social Justice think tank and the anti-slavery charity Justice and Care used artificial intelligence to analyze crime and intelligence reports across six towns and cities in the West Midlands to estimate some 4,197 victims of slavery in one year.

Extrapolated for the entire United Kingdom, the report came to the figure of 99,469, which does not count the victims who have not appeared in police databases. The British government had estimated in 2017 that around 10,000 to 13,000 slaves were operating in the UK.

The report said that slavery in Great Britain is being coordinated by “ruthless criminal networks” and ranges from hard labor, crime, domestic servitude, prostitution, and the trafficking and exploitation of children.

The criminal networks work in conjunction with human traffickers to bring in and exploit illegal immigrants, including those from the Middle East, who along with Eastern Europeans, are being subjugated to “debt bondage”, where their expenses for passage and board are considered a debt to be paid off before release from servitude, the report said.

“Human traffickers and organized crime groups are running riot in too many communities. Very few face prosecution relative to the number of victims found and even fewer are convicted. As the number of victims discovered has skyrocketed in the last five years, convictions have barely increased,” the report found.

A major reason why the slavery networks are not being broken up is law enforcement’s fear of being branded “racists” if they intervene.

“This scandal has been hiding in plain sight, and there are concerns cultural sensibilities could be in part to blame for why these appalling working practices haven’t been properly investigated,” Breitbart News cited a source close to Home Secretary Priti Patel as saying. The comments were subsequently criticized by local Labour MP Webbe who said it was more down to “the failure of the government to protect mainly women from migrant communities” by not giving enough money to local authorities and the Health and Safety Executive.

The report comes amidst claims that as many as 10,000 slaves are working in the multicultural city of Leicester.

Conservative MP for North West Leicestershire Andrew Bridgen told Sky News on Monday that a “conspiracy of silence” has allowed factory owners to continue to employ staff working far less than the legal minimum wage in unsafe conditions in sweatshops.

“You’ve got a systemic failure of all the protections in Leicester that would prevent this from happening. I’ve estimated it’s around 10,000 individuals who are effectively in modern slavery providing garments for Internet retailers,” Bridgen told Sky News.