Throughout the world, 2020 has been a year of unprecedented chaos. Massive lockdowns, skyrocketing unemployment, a government ordained deathwatch, and violent riots have shaken the globe.

As our attention is captivated by the quickly moving news cycle of fear, what is happening behind the scenes to our money, may be more epochal than episodic. Both for the underlying problems, and the overriding solution. 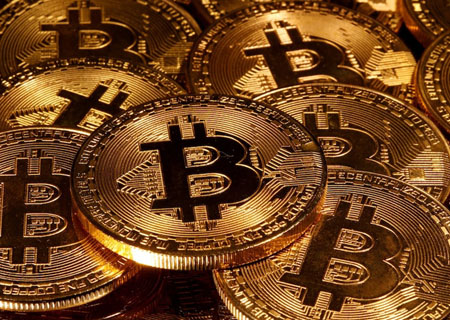 To understand the progenitor of the problem, look no further than the Federal Reserve. Ever since the furibund “Creature of Jekyll Island” reared its pernicious head, the Fed has taken charge of the nation’s monetary policy. This means that a group of out-of-touch, unelected, non-governmental officials dictate how much purchasing power your dollar has.

This year, while we were fearfully distracted by the real and manufactured news du jour, the Fed implemented a new policy for banks’ reserve requirements that has essentially undermined the safety and security of every dollar you own. Previously, banks were required to hold 10 percent of your deposits in cash, an already miniscule and inadequate requirement dictated by the Big Banksters themselves.

On March 26, 2020, it got ever worse. The banksters’ friends at the Fed reduced the reserve requirement to zero. That’s right, ZERO… as in zilch, nada, nothing!

What does this mean? It means that if you wanted to withdraw your cash, there is no guarantee that the bank can provide it. If the Fed and its friends have their way, reserve requirements will remain at zero. Make no mistake, our money is already digital and cash will be obsolete.

Also in March, the Fed announced that it would purchase corporate bonds in order to bail out big business – at your expense. To date, the Fed has purchased ownership in companies like Microsoft, Home Depot, Visa, Apple and Goldman Sachs. As these corporations become owned by the state and operated by the bureaucrats, we move ever closer to becoming a communist nation. Sound hyperbolic? Well, I wish it were.

To top it off, during all this financial depravity, the federal treasury has printed trillions of fiat dollars. This has come at the precise time when the Congressional Budget Office projects GDP to drop by $3.7 trillion in 2020 and $2.1 trillion in 2021. To put things into perspective, it took more than 200 years to go from zero national debt to $22 trillion, it took seven months to tack an additional $5 trillion to the balance sheet.

John Maynard Keynes must be spinning in his grave in sheer delight – because the Feds and the federal government have now joined reckless forces to destroy any semblance of a solvent economy or a sound monetary system.  For an entity that is in charge of the nation’s monetary policy, their antics hardly get any coverage on the nightly news.

So how do we escape this burgeoning disaster, this ‘worst of times’ economic world? How, when the financial edifice is collapsing around you, do you stay not only personally solvent – but, in fact, perhaps, even find a way to profit from the plunge?  In short, how do you not only survive, but thrive?

For many, the answer to that existential question has long been precious metals. Now, in our advanced technological age there is another solution. And that solution is, in a word: Bitcoin.

Bitcoin is digital gold. It is sound monetary principles written into software code that can be verified by anyone who cares to audit it. Like gold, it is not issued by duplicitous governments and cannot be arbitrarily printed. As a purely online, math based, digital currency, its transactions are uncensorable by governments and circumventing capital controls is inherent in this peer to peer network.

Bitcoin is censorship resistant and cannot be confiscated. There is no back door to access your funds, meaning you can freely move wherever you wish with your wealth intact – a virtual possibility that is physically impossible with gold or cash.

In short, Bitcoin is the ultimate separation of money and state.

The ability to send uncensorable transactions and store your wealth by just remembering your key passphrase is a huge value proposition. It is, in short, the very essence of financial freedom. When you factor in the current economic environment and understand that all other vehicles are denominated in depreciating fiat, you can see why Bitcoin is the best performing asset class of 2020, growing 175 percent in the past year.

In November, Citibank projected that Bitcoin will be $318,000 by the end of 2021. Giants like Fidelity have been mining Bitcoin since 2013 and recently published a Bitcoin Investment Thesis, referencing a model that predicts Bitcoin to hit one million dollars. Why? Because Bitcoin is an option. People will pay for the option to peacefully exit from a failing financial system with just a few simple clicks.

While there are multiple other competing currencies, Bitcoin is the only one that is actually decentralized. This weighs heavily on its value proposition because it means that no one single entity, government, or individual can unilaterally affect the price or production. The bitcoin blockchain itself has never been hacked, although many other blockchains and centralized exchanges utilizing bitcoin have fallen victim to hackers. The security of the bitcoin network has only gotten stronger over time which is, quite literally, like “money in the bank” in these troubled times.

This year, we have stood by helplessly as tyrannical politicians have stripped away our most basic constitutional rights while exploiting a “killer” virus with a 99.7 percent survival rate. We have watched in stunned silence as social media moguls censored our conservative views, ensuring that the only information available solely fits their false narrative. We have seen the purchasing power of our dollar plunge as the Feds print fiat money and the government bails out and buys up failing globalist corporations. We have felt our blood boil as complicit politicians cheer on rioters who destroy our property and devalue our lives. The facts are clear, and many have awakened to the realization that tyranny will only increase under a Biden-Harris administration.

For many, the current situation has created the “worst of times.” However, for those who wish to protect their assets and preserve their freedoms – and, yes, quite possibly (some would say “probably”) reap a profit, the “worst of times” create the perfect storm for the “best of times” for those who own bitcoin. If you wish to turn today’s temporal problems into tomorrow’s lasting solutions, you might want to look into truly sovereign money, bitcoin.

Eryka Gemma is a content creator, public speaker and strategic business advisor focused on helping people safely navigate the crypto ecosystem [see:  bankoferyka.com]. She graduated from Embry-Riddle Aeronautical University with a private pilot’s license and Bachelor of Science in Aeronautics. Eryka is a Gates Scholar, sits on the board of the Florida Blockchain Business Association and was a delegate in Washington State for the Ron Paul 2012 campaign.

The ‘worst of times’ for a solvent economy have created the perfect storm for Bitcoin, WorldTribune.com