By Editor Two on August 4, 2022   Breaking, Exclusives, Rest of The Best, World Tribune 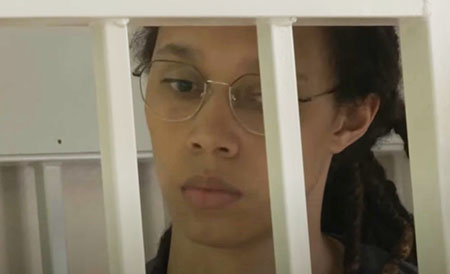 by WorldTribune Staff / 247 Real News August 4, 2022 WNBA star Brittney Griner was sentenced by a Russian judge on Thursday to 9 years in prison. Griner was found guilty of drug possession and drug smuggling with criminal intent. The judge fined her 1 million rubles, roughly $16,300 U.S. dollars, in addition to sentencing […] 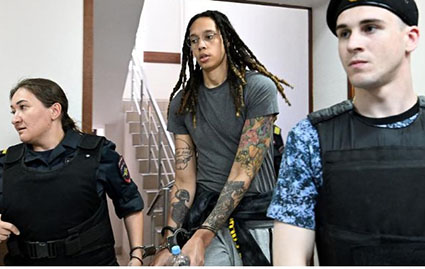 by WorldTribune Staff, July 8, 2022 Brittney Griner, who advocated for the removal of the National Anthem from WNBA games, is now asking for America’s help as she faces 10 years in a Russian prison for drug possession. Griner on Thursday pleaded guilty in a Russian courtroom to possessing less than a gram of cannabis […]