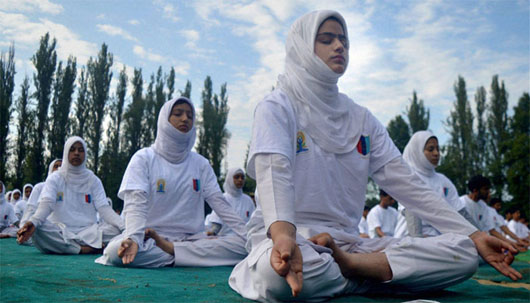 by WorldTribune Staff, September 30, 2018 Yoga studios are springing up in Saudi Arabia amid Crown Prince Mohammed bin Salman’s call for an “open, moderate Islam.” Until recently, Yoga was not officially permitted in Saudi Arabia as it was perceived to be a Hindu spiritual practice. Just a year ago, yoga practitioners in the kingdom […]

‘United States of Islam’: The logic behind the emerging Arabic Caliphate

Special to WorldTribune.com By Alexander Maistrovoy, Freepressers.com The Arabic Caliphate is not a figment of the imagination anymore: fragments of the Middle Eastern regimes will soon form a group of islands called The Muslim Archipelago. “A specter is haunting Europe — the specter of Communism.” These were the first words of Karl Marx’s “The Communist […]