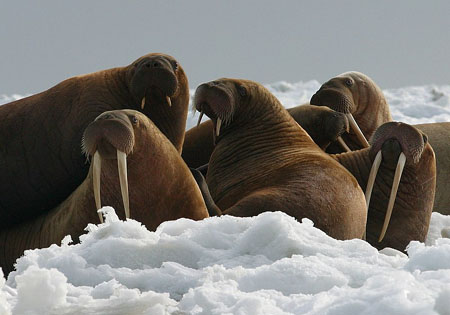 by WorldTribune Staff, April 18, 2019 A disturbing scene from the Netflix documentary series “Our Planet” shows several walruses falling to their deaths off a steep cliff in the Bering Strait. The documentary blamed the horrific event on climate change. David Atten­borough, the narrator of the show, claimed that melting sea ice drove the walruses […]