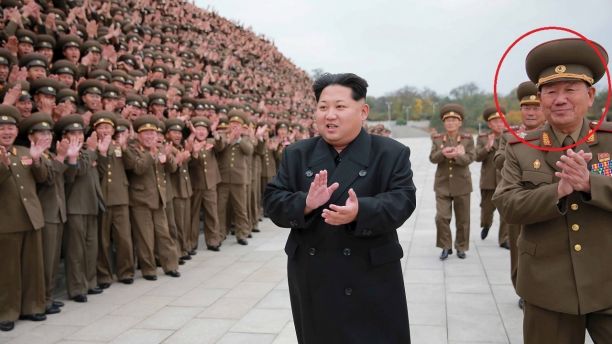 by WorldTribune Staff, December 15, 2017 Kim Jong-Un may have ordered the execution of a senior military leader who has not been seen in public since Oct. 13, reports said. Hwang Pyong-So, a vice marshall, vanished from public life after allegations of bribery. South Korean intelligence reported that Hwang and his top deputy, Kim Won-Hong, […]

How many Edward Snowdens are there and why aren’t we tracking N. Korea?

Special to WorldTribune.com By Donald Kirk, East-Asia-Intel.com Sometimes you have to wonder when reading the top stories how much people are really thinking about some of the implications. Take this running story about Edward Snowden. It’s a fun read, and it would not be a good idea to put him in jail for a lot […]

Tale of two brothers: Speaking out costly for older? Silence is golden for the kid

Special to WorldTribune.com By Donald Kirk, East-Asia-Intel.com SEOUL — The youngest son keeps his mouth shut, and the oldest one talks too much. Clearly, the silent one knows what’s best for him as he plays the title role bequeathed to him by his late father, North Korea’s “Dear Leader” Kim Jong-Il. Kim Jong-Un is showing […]

The Kim is dead, long live the Kim!

Special to WorldTribune.com By Donald Kirk, East-Asia-Intel.com SEOUL — The death of bouffant-coiffed, platform-heel wearing North Korean dictator Kim Jong-Il on Saturday ushers in a new era of rampant speculation, pontification and no doubt obfuscation about what’s really going on inside the Hermit Kingdom. The fact is that Kim Jong-Il late last week appeared just […]