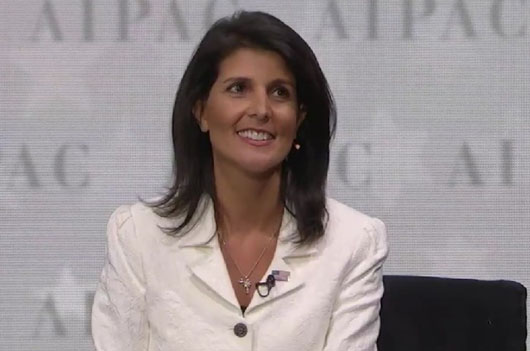 by WorldTribune Staff, October 10, 2018 Iran celebrated the news on Oct. 9 that U.S. Ambassador to the UN Nikki Haley had submitted her resignation. ” ‘New Sheriff in town’ is no longer,” tweeted Alireza Miryousefi, head of the press office at the Iranian Mission to the United Nations. Miryousefi was referencing Haley’s remarks at the […]

Special to WorldTribune.com Teheran’s UN envoy on Jan. 4 issues a statement of “regret” for the attacks on Saudi diplomatic facilities in Iran. Gholamali Khoshroo, in a letter to UN Secretary-General Ban Ki-moon, said Iran “will take necessary measures to prevent the occurrence of similar incidents in the future.” Iranians protesting Saudi’s execution of outspoken […]