Guess who is world’s top jailer of journalists? Time’s tribute to ‘Guardians’ made no mention 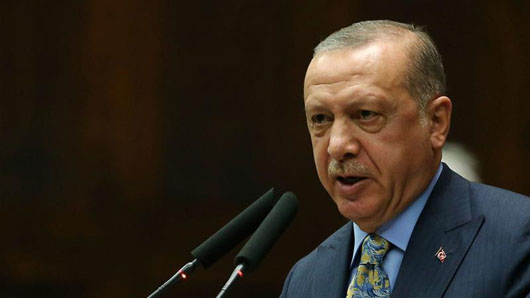 by WorldTribune Staff, December 12, 2018 In naming persecuted journalists as its persons of the year for 2018, Time magazine presented an extensive analysis of the state of the free press worldwide. The name of the world’s top jailer of journalists – Turkish President Recep Tayyip Erdogan – was not mentioned. Special honors went to […] 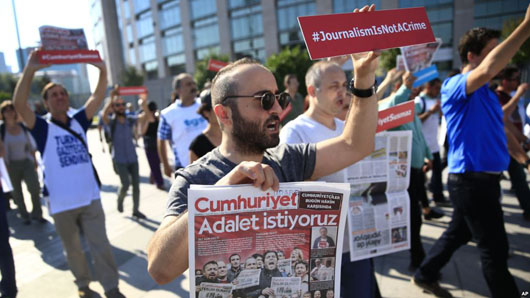 by WorldTribune Staff, July 25, 2017 A court proceeding that is likely to have a major impact on the future of press freedom in Turkey got underway on July 24 as 17 journalists from Cumhuriyet newspaper went on trial on charges of “membership of a terrorist organization” or “actions that support a terrorist organization while […]

Special to WorldTribune.com Two Turkish journalists have been sentenced to nearly six years each in prison for revealing “state secrets.” The verdict was reached on May 6, just hours after one of the journalists narrowly escaped an attack by a gunman in front of the courthouse. Can Dundar, the editor in chief of the opposition […]

Turkey bans media from trial of journalists who criticized government

Special to WorldTribune.com In a case seen as a test of press freedom under President Recep Tayyip Erdogan, the Turkish government has prohibited the media from covering the trial of two journalists who face possible life terms for espionage charges. Can Dundar, editor-in-chief of leading opposition newspaper Cumhuriyet, and Erdem Gul, his Ankara bureau chief, […]