by WorldTribune Staff, April 22, 2021 House Democrats on Thursday, with zero support from Republicans, passed legislation that would make Washington, D.C the 51st state in the union. The party-line vote in the House was 216 to 208, with all Republicans rejecting H.R. 51. The legislation has support from Joe Biden but faces long odds […] 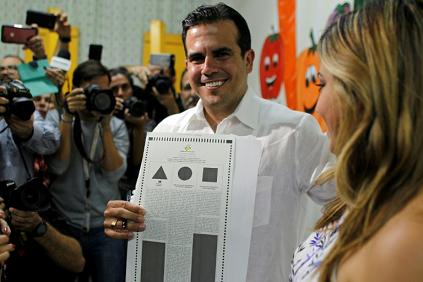 by WorldTribune Staff, June 12, 2017 A bankrupt and desperate Puerto Rico on June 11 voted for full annexation by the United States. Just 23 percent of the island’s 2 million eligible voters turned out for the referendum to cast a ballot in favor of the territory becoming a U.S. state, AFP reported. Opposition parties […]