U.S. military personnel prefer Donald Trump over Hillary Clinton by more than a 2-to-1 margin, according to a 2016 election survey by Military Times.

Trump garnered 54 percent compared to Clinton’s 25 percent in a survey of 951 active-duty service members. More than one in five troops said they’d rather not vote in November if they have to choose between just those two candidates. 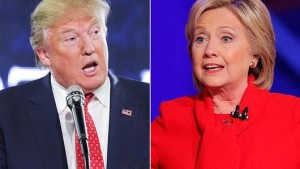 According to Military Times, the results “show strong support for Trump among troops despite critics’ attacks that he lacks foreign policy or national security experience.”

Sen. Bernie Sanders fared slightly better than Clinton in a head-to-head match-up with Trump, but still trailed by a 51 percent to 38 percent margin.

Officers were more likely to back Clinton than enlisted troops, though the officers still favored Trump by a 46 percent to 32 percent margin. Enlisted respondents broke 58 percent to 21 percent for Trump.