Survey: Belief in God and Christian values has plummeted among millennials

A new study finds that 43 percent of millennials “don’t know, don’t care, don’t believe” God exists. By contrast, only 28 percent of Baby Boomers identified with that statement, an increase of 15 percent in two generations.

Furthermore, only 26 percent of Generation X and 16 percent of millennials believe that at death they will go to Heaven as a result of confessing their sins and accepting Christ as savior, compared with nearly half of Baby Boomers, The Christian Post reports. 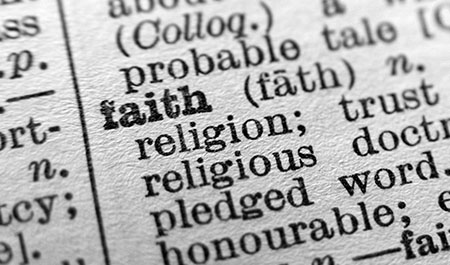 Americans younger than 55 are also far more likely to distrust the Bible and to believe God is uninvolved in people’s lives.

The generational drift away from Christianity is also showing up in social values. Whereas 90 percent of builders believe in Christ’s teaching to treat others as you yourself want to be treated, only half of millennials agree with “the Golden Rule.”

The departure from Christian precepts has also seen a replacement with superstition, Eastern and Marxist beliefs. Younger Americans were more likely to consult horoscopes as a form of guidance, believe in Karma, and view owning property as contributing to economic injustice.

Nevertheless, a majority of all Americans across all generations identify as Christian. For millennials that number is 57 percent, compared with 83 percent of builders.

The American World Inventory also identified other value changes, such as religious pluralism, confirming an earlier Barna study that found 65 percent of young adults agree “many religions can lead to eternal life,” compared with 58 percent in 2018.

Further demonstrating the speed of the shift, whereas 25 percent of teens in 2018 said they “strongly agree” that what is “morally right and wrong changes over time, based on society,” only three years later, 31 percent of teens embrace this moral relativism.

The researchers expressed concern that the beliefs and behaviors of younger Americans, especially millennials, “threaten to reshape the nation’s religious parameters beyond recognition.”

Jacob Bland, the incoming president and CEO of Youth for Christ, however, is more optimistic. Speaking with the Christian Post, he said, “it’s also a generation that’s on a quest to uncover what’s good, who can be trusted, and what, exactly, is love. In essence, it’s a generation craving the kind of hope found only in Jesus Christ.”

“2020 was tough on young people,” said Bland, who takes over as president and CEO of Young Life on June 1. “The kids we work with have been disproportionately impacted. We’re seeing an increase in teen depression, self-harm, teen suicide — it’s undeniable.”

“Teens today are facing crises like never before, but it’s often in the darkness that light shines the brightest,” he said. “To enter into a disciple-making relationship where you’re introducing a kid to an unconditional love that maybe they’ve never even considered, showing them the goodness and love modeled in Jesus — there’s a lot of hope in that.”