Romulus Report: GE, Apple and the sands of time

I MET a Traveller from an antique land, Who said, “Two vast and trunkless legs of stone Stand in the desert. Near them, on the sand, Half sunk, a shattered visage lies, whose frown, And wrinkled lip, and sneer of cold command, Tell that its sculptor well those passions read, Which yet survive, stamped on these lifeless things, The hand that mocked them, and the heart that fed: And on the pedestal these words appear:

“My name is OZYMANDIAS, King of Kings.” Look on my works ye Mighty, and despair! No thing beside remains. Round the decay Of that Colossal Wreck, boundless and bare, The lone and level sands stretch far away.

Barely a remnant left. Something great that is now lost to the sands of the desert.

Grow Wealth, Not Risk. Trade alongside a hedge fund veteran

Twenty-two years ago, the most valuable company on Earth was striding the corporate landscape enforcing its will upon everything in its path. The CEO was a celebrity, their businesses were legendary, and their influence was felt in all corners of the business world. 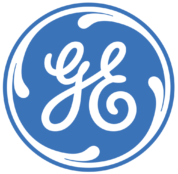 At the peak of the market right before the dot-com crash, General Electric was worth more than $500 billion. This was the company founded by Thomas Edison and was one of the original 12 members of the Dow Jones Industrial Average in 1896. Jack Welch served as CEO from 1981 until 2001, a time when the value of GE went from $15 billion to over half a trillion dollars. If you lived in the modern world, you interacted with a product made by GE. Jet engines, home appliances and lightbulbs were foundational offerings, but they also made industrial generators and intricate medical equipment. A job offer from GE after college was seen as the golden ticket. Work there for 10-20 years and you could do anything you wanted, including early retirement.

Welch had copycats throughout the Fortune 500. After he laid off several hundred thousand people in the early 1980’s, several other big companies followed suit. When he led GE into finance, firms that had no business in that business started to get into that business. Their corporate practices were copied and their leadership development programs were famous. Other companies paid GE to send employees to these training programs. Welch was on the cover of Forbes and Fortune on a rotating basis. He was on the financial networks constantly. GE ads were omnipresent. GE was everywhere, all the time.

GE no longer brings good things to life. The company is on their 3rd or 4th CEO since Welch retired 21 years ago. Divisions have been sold or shut down completely. Other firms don’t pay GE for leadership training these days. The stock has lost more than 80% of its value since that peak in 1999. No magazine covers or appearances on financial television. They don’t even make lightbulbs anymore. 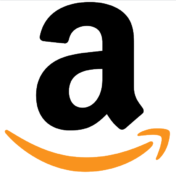 A member of my trading group called me in mid-September and asked if it was a good idea to buy Amazon stock now and hold onto it. Everyone uses Amazon. They dominate online shopping. I see a dozen Amazon trucks a day, including Sundays. They’re involved in health care and streaming and all kinds of diverse business lines. The founder and former CEO, Jeff Bezos, is going to Mars! Amazon is everywhere, all the time. 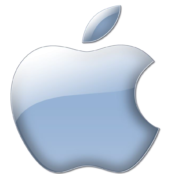 There is another company that is more of an Ozymandias of our age, though, than Amazon. Apple is perceived as the ultimate in corporate achievement. Their practices and methods are copied and studied. Monuments will eventually be built to Steve Jobs. And yet, in 20 years Apple will be a shell of its current self.

The stock is up right now after its Oct. 28 earnings announcement, but in years ahead easily has the potential to fall 50% from current levels, and probably more. Visit Cupertino in 2050 and look around. “Of that Colossal Wreck, boundless and bare, The lone and level sands stretch far away.”

In 1972, a trend caught on in the investment world that came to be known by the term “Nifty 50.” Despite the ability to buy thousands of different stocks, money managers only had to own the largest 50 companies in the S&P 500. Buy them and hold, that was it. Some prominent names in the Nifty 50 included Xerox and Polaroid. Investors were assured that they could own these stocks forever and keep making money. Polaroid! Ozymandias strikes again.

The only dependable concept of forever is change. Nothing grows to heaven, and nothing stays the same. As difficult as it might be today to imagine that Apple will eventually fall off the tree, it is a reality. The best days of the company are in the distant past. Amazon will be a good trading stock for years, but it is not a buy and hold today.

The mortal King of Kings is a lesson and a warning.

Apple and the sands of time, Romulus Report: GE, WorldTribune.com