An anti-Russia “bot army” of fake automated Twitter accounts flooded the Internet with pro-Ukraine propaganda at the start of the Russia-Ukraine war, according to a mostly unreported study by a team of researchers at the University of Adelaide in Australia.

Up to 80 percent of tweets pushing the pro-Ukraine side in the beginning days of the Russia-Ukraine war were posted by bots, according to the study which examined over 5 million tweets. 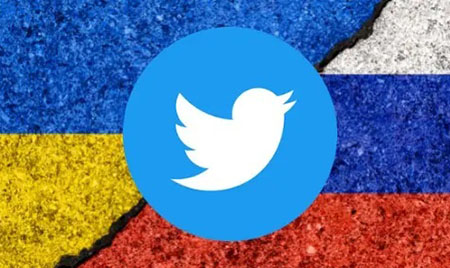 “The university researchers also found these automated tweets had been purposely used to drive up fear amongst people targeted by them, boosting a high level of statistically measurable ‘angst’ in the online discourse,” Declassified Australia reported on Nov. 3.

“This new research paper confirms mounting fears that social media has covertly become what the researchers call ‘a critical tool in information warfare playing a large role in the Russian invasion of Ukraine.’ ”

The researchers found that 90.2 percent of all tweets (both bot and non-bot) came from accounts that were pro-Ukraine, with fewer than 7 percent of the accounts being classed as pro-Russian.

Declassified Australia noted that the study was released in August but has been widely ignored by Big Media.

Instead, Big Media went with significantly smaller studies, such as the Meta/Facebook study on so-called “Russian disinformation” that involved just 1,600 Facebook accounts. That study was widely reported, including by ABC News.

The University of Adelaide research team analyzed 5,203,746 tweets that were sent with key hashtags in the first two weeks of the Russian invasion of Ukraine which began on Feb. 24. The researchers considered predominately English-language accounts, with a calculated 1.8-million unique Twitter accounts in the dataset posting at least one English-language tweet.

The results were published in August in a research paper, titled “#IStandWithPutin versus #IStandWithUkraine: The interaction of bots and humans in discussion of the Russia/Ukraine war“, by the University of Adelaide’s School of Mathematical Science.

“Reports on the new research have appeared in a few independent media sites, and in Russia’s RT, but not much else, so revealing the burial of stories that don’t fit the desired pro-Western narrative,” Declassified Australia noted.

The University of Adelaide study found automated bot accounts to be the source of between 60 to 80 percent of all tweets in the dataset.

The published data shows that in the first week of the Ukraine-Russia war there was a huge mass of pro-Ukrainian hashtag bot activity. Approximately 3.5 million tweets using the hashtag #IStandWithUkraine were sent by bots in that first week.

On the first day of the war, the #IStandWithUkraine hashtag was used in as many as 38,000 tweets each hour, rising to 50,000 tweets an hour by day three of the war.

By comparison, the study shows that in the first week there was an almost total absence of pro-Russian bot activity using the key hashtags. During that first week of the invasion, pro-Russian bots were sending off tweets using the #IStandWithPutin or #IStandWithRussia hashtags at a rate of only several hundred per hour.

The fake tweets and automated bot accounts had not been detected and removed by Twitter before being analyzed by the researchers, although some were possibly removed in the March sweep by Twitter. Joshua Watt, one of the lead researchers on the university team, told Declassified Australia that in fact many of the bot accounts behind the 5-million tweets studied are likely to be still up and running.