Turkey and Israel will reach agreement on re-establishing normalized relations in “a matter of days,” a report said.

A senior Israeli official on June 19 said rapprochement between Jerusalem and Ankara was over 95 percent complete, Hebrew-language Ynet website reported. 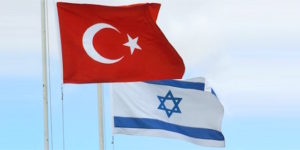 “Almost everything has been finalized. We’ve concluded over 95 percent of the negotiations, there are only few details remaining. It could be a matter of days,” the official said.

Israel and Turkish negotiators are set to meet on June 26 for the final round of talks.

The official said Ankara took a huge step forward in the talks by lifting its NATO veto on cooperation with Israel.

“Israel, Syria, Russia, Egypt… we cannot have permanent enmity with these countries which border the Black and Mediterranean Seas,” Yildirim said on June 17 in his first major interview with Turkish reporters, quoted by the Hurriyet daily.

Yildirim also confirmed that Turkish and Israeli diplomats were working on a solution for normalization, with the lifting of the Israeli blockade on the Gaza Strip as the key condition.

“I don’t think the remaining period will be very long” until a result for normalization is achieved, he said.

The restoration of Israel-Turkey ties would come six years after a May 2010 raid by Israeli commandos on a Gaza Strip-bound Turkish ship that was attempting to breach the blockade.