Meanwhile the White House dismissed the uproar over its enforcement of existing immigration laws as a media-generated distraction.

Media coverage of the ongoing congressional hearings following release of the Justice Department Inspector General report on the FBI’s handling of the Clinton email investigation has been light. 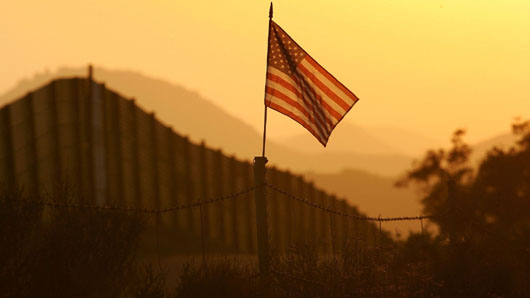 Illegal immigration in the U.S. costs $113 billion a year and urban blacks are paying taxes to fund free services for illegal aliens and then have to compete with the illegals for the same programs, said a report by Project 21 of the National Center for Public Policy Research.

“Blacks and the working class shouldn’t be taxed to pay for illegal immigrants,” Project 21 Co-Chairman Horace Cooper told Washington Examiner columnist Paul Bedard. “Our neediest Americans, particularly blacks in urban communities, must compete for education and health programs with those who shouldn’t even be here.”

Much of the funding for the programs, Cooper said, “comes from regressive taxes that hit poor and working-class blacks the hardest. This means they actually pay for the privilege of having unlawful immigrants in their neighborhoods. This is unfair, and it should end.”

Cooper added: “Once again the Democrats take blacks and poor people for granted. This time they expect us to pay the bills too for their bad ideas. Either stem the tide of illegal immigration or find a new way to fund this costly effort.”

Among Project 21’s proposals include:

“To the political left, illegal immigrants are the ‘new blacks.’ Thus, its entitlement agenda now prioritizes those who enter our country illegally over the lawful citizens whose ancestors were here and fought for this country as far back as its founding. It’s appalling and a disgrace,” said Christopher Arps, a principal with Red Tail Strategies and co-founder of the Move-On-Up black social media network. “What’s equally appalling and disgraceful are so-called black leaders who push these policies of unfair wealth transfer. These giveaways to non-citizens must end.”

Meanwhile, the Department of Homeland Security (DHS) on June 19 issued a press release on its “zero-tolerance” immigration policy.

“In recent days, we have seen reporters, Members of Congress, and other groups mislead the public” on the policy, the DHS release said.

“Federal law enforcement officers have sworn duties to enforce the laws that Congress passes.  Repeating intentionally untrue and unsubstantiated statements about DHS agents, officers, and procedures is irresponsible and deeply disrespectful to the men and women who risk their lives every day to secure our border and enforce our laws.”

DHS said reports that it has a policy to separate families at the border is a “myth.”

“DHS does not have a blanket policy of separating families at the border,” the release said. “However, DHS does have a responsibility to protect all minors in our custody. This means DHS will separate adults and minors under certain circumstances. These circumstances include: 1) when DHS is unable to determine the familial relationship, 2) when DHS determines that a child may be at risk with the parent or legal guardian, or 3) when the parent or legal guardian is referred for criminal prosecution.”

DHS also referred to major media reports that immigrants are housed in “inhumane fenced cages” or in an “ice box” as a myth.

“DHS and HHS utilize short-term facilities in order to process and temporarily hold migrants that have been apprehended. These short-term facilities do not employ the use of ‘cages’ to house minors. Certain facilities make use of barriers in order to separate minors of different genders and age groups – for the safety of those who are being held. Additionally, CBP facilities have adequate temperature control and ventilation. ICE facilities are designed for longer-term detention of adults and, in some cases, families.”