Progress against coronavirus coming from U.S., not rogue states

The first U.S. clinical trial for a coronavirus treatment is underway at the University of Nebraska Medical Center (UNMC) in Omaha, the National Institutes of Health (NIH) confirmed on Tuesday.

The experimental therapy is biotech giant Gilead’s remdesivir, an antiviral with the potential to treat a host of pathogens — including COVID-19, the disease caused by the new, novel coronavirus strain, the NIH said. 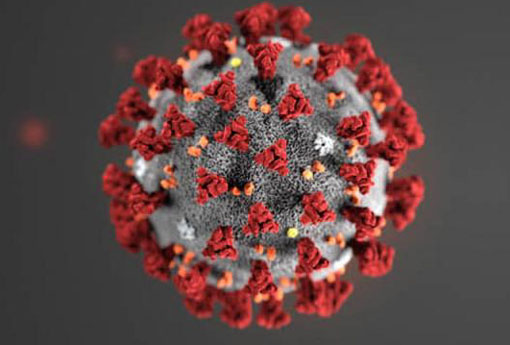 President Donald Trump credited his strict travel bans and federal protocols with lowering the risk of a coronavirus outbreak in the United States.

“Because of all we’ve already done, the risk to the American people remains very low,” Trump said. “We’re ready to adapt, and we’re ready to do whatever we have to.”

Analysts and officials say that while Trump is focused on combating and working toward a solid treatment for the virus, China and other rogue states continue to engage in “duplicity and dishonesty” when it comes to the outbreak.

Sen. Marco Rubio, Florida Republican, noted that the Chinese Communist Party (CCP) “withheld live virus samples from the international medical community for weeks, despite urgent pleas. Many suspect that the CCP continues to downplay the spread of the coronavirus by underreporting infections and deaths, especially given the shortages of test kits and the communications blackout in central China.”

Rubio added: “Beijing pressured its fellow BRICS (Brazil, Russia, India, China, and South Africa) nations to issue supportive public statements, and it has bullied others not to take preventive measures. It even objected to the World Health Organization sharing information with Taiwan, which is home to one of the busiest airports in Asia – all this just to try to save face.”

“There’s little doubt that the secrecy impulse of authoritarian regimes has aided the incubation and spread of the virus,” Mark MacKinnon wrote in a Feb. 26 analysis for The Globe and Mail.

After Wuhan doctor Li Wenliang first raised the alarm online on Dec. 30, he was called in for interrogation by the local Public Security Bureau and accused of “spreading rumors” that “disturbed the social order.” And while China did inform the WHO about the existence of a new coronavirus on Dec. 31, the government initially decided not to tell its own people. Doctor Li died from the virus on Feb. 7.

From Jan. 12 to 17, officials in Wuhan and surrounding Hubei province, where the virus originated, went ahead with the biggest event on their political calendar, the annual gathering of local Communist Party officials. More than 2,400 people attended.

“Politics first. Stability preservation first. In such an environment, science can only sit by and watch,” a Wuhan-based journalist who uses the pen name Da Shiji wrote for Hong Kong-based China Media Watch.

Meanwhile, MacKinnon noted that Iran’s early handling of the coronavirus “outbreak – the government’s instinct to pretend all was well in the face of incontrovertible evidence to the contrary – is eerily reminiscent of China’s, where the Communist Party denied and obfuscated for weeks before finally admitting the severity of the threat.”

Harirchi insisted that news that the virus had killed 50 people in the holy city of Qom was. He said he would resign if the number of deaths was even half that high.

“The situation is almost stable in the country,” Harirchi said between coughs and wipes at his brow with a handkerchief.

On Tuesday, Harirchi posted a video from his bed at home, where he is now in quarantine – himself a victim of the coronavirus. “We will be victorious in our combat against this virus within the next few weeks,” he said in the video.

Preliminary findings by a group of Canadian researchers determined that Iran may have as many as 18,300 carriers, an epidemic many times the size of the 139 cases Teheran has officially acknowledged.

Qom has the makings of the next Wuhan. Cases of the virus now rippling through the Middle East – in Iraq, Lebanon, Afghanistan, Bahrain, the United Arab Emirates, Kuwait and Oman – have been connected to travelers who had visited the Shia holy city.

The Trump administration in a Monday request to Congress asked for $2.5 billion in supplemental spending to help combat the global outbreak of the virus.

The request included $1.25 billion in new money, with the rest coming from unspent funds. The measure would help the federal government, as well as state and local agencies, prepare to respond to an outbreak and allocate cash for vaccine development.

“These five people are helping plan this,” Rove said. “Three of them are completely apolitical. Schumer is trying to politicize something that should be left alone.”

“If these top professionals thought that $2.5 billion was insufficient, they would say so,” Rove added. “The president is paying close attention to them. This ought to be done outside of politics.”