“In an environment where we often hear about partisan rancor, nastiness and divisiveness in American society, it turns out that large majorities of Americans report that they are satisfied with their lives,” said Dr. Peter Francia, director of the ECU Center for Survey Research. 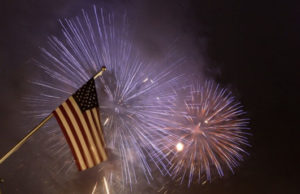 In the survey conducted by East Carolina State University, 68 percent of Americans “expressed satisfaction with their lives.”

But people riding the MAGA train are generally happier with their lives than those who may being hoping it will derail, according to the new poll.

ECU’s Life, Liberty and Happiness Project found that “Those who approve of President Trump’s job performance are more likely than those who disapprove to report being satisfied with their lives.”

ECU said the nationwide survey of more than 1,100 Americans was conducted by mail, Internet and phone in May and June by the university’s Center for Survey Research.

Among the survey’s findings:

The survey report is available here