IRS knew that illegals had stolen the Social Security numbers of 1 million U.S. taxpayers but said nothing

The IRS discovered that more than 1 million Americans have had their Social Security numbers stolen by illegal aliens, but the agency hasn’t informed the victims because it says its job is to collect taxes, not enforce immigration laws.

Investigators notified the IRS of the problem in 2011 and a pilot program meant to test a solution was canceled, the agency’s inspector general said in a report released on Aug. 30. 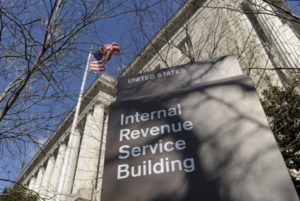 Between 2011 and 2015 the agency flagged nearly 1.1 million returns where someone appeared to have stolen a valid Social Security number, the inspector general said.

“Taxpayers identified as victims of employment-related identity theft are not notified,” the inspector general said.

“The lack of a formal process to ensure that the SSA is notified of income not associated with an innocent taxpayer is problematic because this notification is essential to ensure that victims’ Social Security benefits are not affected.”

Lawmakers on Capitol Hill were shocked to learn that the IRS had allowed so much time to pass kwithout fixing the problem.

“It is stunning that the IRS has chosen to aid and abet identity thieves for so long instead of protecting the innocent victims of the theft,” said Sen. Daniel Coats, Indiana Republican.

The Social Security numbers are stolen by illegal aliens who are required to give employers a valid number to get a job. Employers are largely prohibited from investigating even when they suspect fraud.

The IRS learns of the identity theft when the illegals file their taxes using a special Individual Taxpayer Identification Number (ITIN) they are given as a way of ensuring they’re paying taxes even though they’re in the U.S. illegally.

Taxpayers who use an ITIN are eligible for some tax credits, particularly for their children who are U.S. citizens.

Republicans in Congress have long complained that the IRS is protecting illegals from discovery by allowing the use of ITINs but failing to share the information with other agencies.

Coats, who has written legislation requiring victims to be notified, even confronted IRS officials about their lax behavior at a hearing in April.

IRS Commissioner John G. Koskinen told Coats at the hearing that in many of the cases, friends or relatives lent their Social Security numbers to the illegals, and already know their information is being fraudulently used.

Koskinen added that the IRS struggled to come up with a solution for fear it illegals would stop filing their taxes.

“Obviously, priority for taxpayers and the IRS is collecting those taxes,” he said.

Koskinen said it may take new legislation from Congress to let his agency inform taxpayers they are subject of identity theft.