H.R. 8, or the Bipartisan Background Checks Act of 2019, passed by a vote of 240-190. Eight Republicans joined 232 Democrats in voting in favor of the bill. Just two Democrats voted against it. 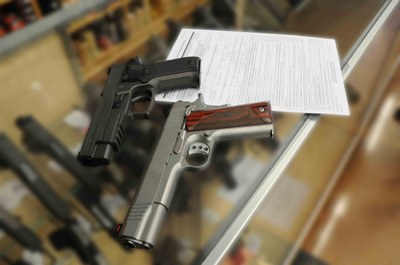 The bill faces a tougher road in the GOP-controlled Senate. President Donald Trump has said he would veto the legislation if it reaches his desk.

House Democrats are also pushing to pass H.R. 1112, which would extend the review period for background checks from three to 10 days. A vote on H.R. 1112 was scheduled for Feb. 28.

The NRA said that the two bills would “lead to a national registry, which leads to confiscation – plain and simple.”

Breitbart News noted that “H.R.8 would not have stopped a single mass shooter from the last decade, but it would criminalize a friend who sells a gun to a lifelong friend without first getting government permission.”

House Minority Whip Steve Scalise, Louisiana Republican, who was gravely wounded in a 2017 shooting at a congressional baseball practice, said stricter background checks would not have prevented his shooting or other tragedies.

“What it would do is make criminals out of law-abiding citizens,” Scalise said. “If you go hunting with a friend and your friend wants to borrow your rifle, you better bring your attorney with you because depending on what you do with that gun you may be a felon if you loan it to him.”

Republicans voting in favor of H.R. 8 were Reps. Pete King of New York, Brian Fitzpatrick of Pennsylvania, Brian Mast of Florida, Fred Upton of Michigan, Chris Smith of New Jersey, Vern Buchanan of Florida, Mario Diaz-Balart of Florida and Will Hurd of Texas.

Democrats voting against the bill were Reps. Jared Golden of Maine and Collin Peterson of Minnesota.

Republicans did score a procedural victory when the House accepted a GOP amendment requiring that gun sellers notify Immigration and Customs Enforcement when an illegal immigrant tries to buy a gun. Twenty-six Democrats joined with Republicans to support the amendment, offered by Rep. Doug Collins of Georgia.

Pelosi called the House vote “historic” and hailed the bill as “a long-overdue, commonsense action to end the epidemic of gun violence in America.”

In a “Statement of Administration Policy,” the White House said: “H.R. 8 would require that certain transfers, loans, gifts, and sales of firearms be processed by a federally licensed importer, manufacturer, or dealer of firearms. H.R. 8 would therefore impose permanent record-keeping requirements and limitless fees on these every day transactions. H.R. 8 contains very narrow exemptions from these requirements, and there exemptions would not sufficiently protect the Second Amendment right of individuals to keep and bear arms.”