Hackers have taken a North Carolina county’s computer files hostage and are asking for a ransom of 2 bitcoins, officials said. 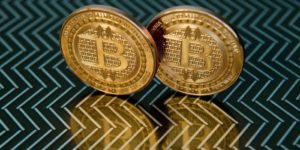 Mecklenburg County Manager Dena Diorio said on Dec. 5 that the hacker or hackers have essentially frozen the county’s electronic files and gave officials until 1 p.m. EST on Dec. 6 to pay the 2 bitcoins.

Over the past month, bitcoin has soared in value, going from several thousand dollars in early November to more than $12,000 today.

Diorio told WSOC-TV the county is considering paying the ransom, but worries about what could happen afterwards.

“There’s a risk you don’t get the decryption key and don’t get your files back,” Diorio said. “There’s also the chance if they think you’ll pay, they may try to get you to come back again.”

Diorio said other victims of similar hack attacks decided to pay because the ransom is cheaper than resolving the issue on their own.

Diorio told the Charlotte Observer that she doesn’t think Mecklenburg was targeted, but just another random hacking victim.

“I don’t think we were at fault. There have been many, many institutions that have been breached. I think we do everything we can to keep our firewall secure,” she said.

Last month, hackers targeted the Sacramento, California transit system and held millions of files ransom for 1 bitcoin, which was worth approximately $8,000 at the time.