The Department of Justice has indicated it will investigate claims that Planned Parenthood profited from the sale of fetal body parts. 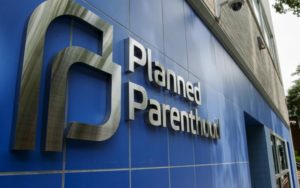 The DOJ requested documents from the Senate Judiciary Committee’s 2016 investigation of the abortion provider’s transfer of tissue and body parts from aborted fetuses to research firms, The Hill reported on Dec. 7.

A letter sent on Dec. 7 to the Judiciary Committee states that the DOJ intends to conduct a “thorough and comprehensive assessment” of Grassley’s report.

In 2015, videos released by the Center for Medical Progress showed Planned Parenthood staffers discussing procurement of “intact” and partial fetuses in exchange for compensation for expenses.

Planned Parenthood said the investigation was part of a “widely discredited attempt” to shut down its abortion operation.

“Planned Parenthood has never, and would never, profit while facilitating its patients’ choice to donate fetal tissue for use in important medical research,” Singiser added.