Democrats will push D.C. statehood — do they have the votes?

In their pursuit of a permanent majority in Congress, Democrats are lining up to sponsor a push for Washington, D.C. statehood. 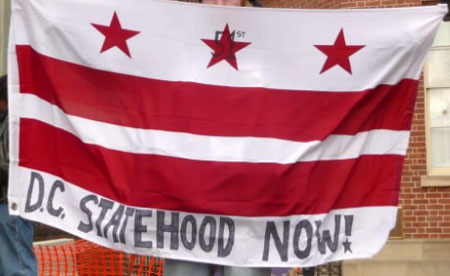 The Senate version of the bill, introduced by Delaware Democrat Sen. Tom Carper, has 39 Democrat co-sponsors.

Under the bill, the Mayor of the District of Columbia “shall issue a proclamation for the first elections to Congress of two Senators and one Representative of the commonwealth,” and the “bill applies current District laws to the commonwealth and continues pending judicial proceedings.”

House Democrats passed D.C. statehood in the last session of Congress 232-180. There were no Republicans in the House who voted in favor of the bill.

The D.C. statehood effort is likely to pass in the Democrat-led House again, but it faces obstacles in the Senate due, in part, to the legislative filibuster.

“The filibuster is just a procedural issue about whether debate ends and it proceeds to a vote,” Paul Strauss, D.C.’s shadow senator, told Just the News, referring to the 60-vote threshold to overcome a filibuster. “So obviously, if you don’t get past the filibuster, you don’t get a vote, but in order to get the vote you need 51 votes. Do we have 51 votes today? I can’t with confidence, say that we do. We know we’ve got at least 40.”

“This is about expanding the Senate map to accommodate the most radical agenda that I’ve ever seen since I’ve been up here,” Graham said at the time.

South Dakota Republican Rep. Dusty Johnson has reintroduced a bill that would “cede most of Washington D.C. to the state of Maryland. Norton argued that the bill is evidence that the GOP realizes D.C. statehood is gaining steam in the new session of Congress.

“The retrocession bill demonstrates Republican fear of the momentum our D.C. statehood bill is rapidly achieving,” Norton said in a statement about the District of Columbia-Maryland Reunion Act. “The retrocession bill has no support from either the District or Maryland. In fact, a huge majority of D.C. residents (86 percent) voted for statehood in a 2016 referendum.”