China is considering the construction of a permanent manned radar station on the moon. 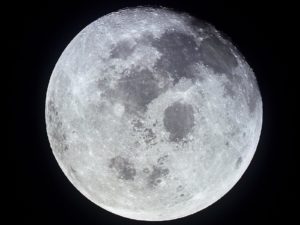 The base would feature a radar antenna 50 meters high and special astronauts’ quarters as well, the Chinese government said.

Beijing scientists said the radar would be capable of generating 1.4 gigabytes of data per second, which they say outclasses the bandwidth available from long-distance space communications tech. The radar would require on-site astronauts to aid in processing the data, the scientists said.

The price tag of such an endeavor has prompted other scientists to label it a “lunatic idea” or denounce it entirely, suggesting spy satellites could perform the same tasks at a fraction of the cost.

Beijing, which earlier this year pumped 16 million yuan ($2.4 million) into researching the project, said the moon base would be used for scientific research and defense monitoring.

China’s government is said to be looking for a “significant breakthrough” in the moon base plan by 2020, the deadline for the research team’s final report.