Judicial Watch announced that the California Superior Court has released its full opinion in the case decided last week declaring that the state’s racial, ethnic, and LGBT quota for diversity on corporate boards of California-based corporations violates the California Constitution. 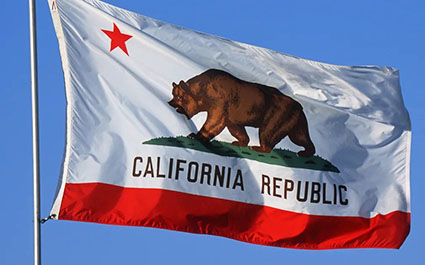 The ruling granted Judicial Watch’s motion for summary judgment in its lawsuit on behalf of taxpayers who are asking the court to declare the quota scheme unconstitutional under California’s constitution and seeking to enjoin its enforcement.

“California must treat its citizens equally as individuals under the law, and not give discriminatory, preferential treatment to some based on race, ethnicity or LGBT status,” said Judicial Watch President Tom Fitton. “This court ruling marks a watershed in the core American value of equal protection under the law for all Americans. And it warns against the pernicious racialism of the radical Left.”

The lawsuit was filed by Judicial Watch on October 2, 2020, in the Superior Court of the State of California, County of Los Angeles, on behalf of three California taxpayers (Robin Crest, Earl De Vries and Judy DeVries) to prevent California from enforcing Assembly Bill 979 (AB 979). The law requires that boards of directors of California-based, publicly held domestic or foreign corporations satisfy a racial, ethnic, and LGBT quota by the end of the 2021 calendar year.

In his opinion striking down the gender-quota law, Judge Terry A. Green found the law “violates the Equal Protection Clause of the California Constitution on its face.”

The judge elaborated why the California Legislature exceeded its authority in mandating the composition of boards:

“The difficulty is that the Legislature is thinking in group terms. But the California Constitution protects the right of individuals to equal treatment. Before the Legislature may require that members of one group be given certain board seats, it must first try to create neutral conditions under which qualified individuals from any group may succeed. That attempt was not made in this case.”

“The statute treats similarly situated individuals – qualified potential corporate board members – differently based on their membership (or lack thereof) in certain listed racial, sexual orientation, and gender identity groups. It requires that a certain specific number of board seats be reserved for members of the groups on the list – and necessarily excludes members of other groups from those seats.

“The Secretary has not identified a compelling interest to justify this classification. The broader public benefits produced by well-run businesses do not fit that bill.”

Judicial Watch completed a trial in a separate lawsuit in Los Angeles County Superior Court on behalf of California taxpayers to prevent the state from implementing a 2018 law (SB 826) requiring publicly-held corporations headquartered in California to have at least one director “who self-identifies her gender as a woman, without regard to the individual’s designated sex at birth” on their boards by December 31, 2019.

In January 2021, Judicial Watch filed a public comment with the Securities and Exchange Commission (SEC) in response to a proposed rule change requiring race and gender quotas on the boards of corporations listed on the Nasdaq exchange. The proposed rule would require a self-identifying female and a self-identifying member of certain listed racial backgrounds, or an explanation from the company as to why it does not have at least two directors on its board who self-identify as such.