Even Stalin would have had a very long way to go before becoming
the owner of the globe. Russia, which Stalin seized as its absolute
owner, had technologically lagged behind the countries with developed
capitalist systems. Germany, for example, had become industrialized
long before Russia.

It is hard to imagine what Russia would have been like a century after
1917 if not for its owners’ invention of new Soviet-style propagandist
pseudo-culture and their desperate efforts to have the country
militarized at any price at the expense of millions of lives lost either
from starvation or in hard labor camps — the source of Soviet slave
workforce. 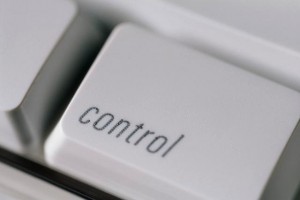 In 1945, after winning the war over Hitler’s Germany and realizing that America had successfully employed the atom bomb against Japan, Stalin accelerated nuclear research to develop the atom bomb,
which was tested in 1949, thus making Soviet Russia the second nuclear nation after the United States.

Why is freedom so precious and why are there so many people living
under dictatorial regimes who are trying to escape from them and come to live in these United States? The answer to this question is that this
unique country provides unlimited possibilities to those free-thinking
and talented people who want to express their original ideas and
ambitions to pursue and realize their ideals and live their lives
according to their wishes.

Yet the beacon of freedom is growing dim. And here I get to my main
point — another key invention of the twentieth century — the Internet.

Its original brief was to develop information technologies that could
survive a nuclear attack. The Internet was invented and founded by the
U.S. Department of Defense for sharing information via computers. That
was in 1969. The Internet dates back to the 1950 and 1960s, although
few of us knew of it then as it was part of the American defense system.
Today, the Internet is for the most part an ungoverned global network.

Nowadays it is hard to imagine our lives without the Internet — from
social networking to shopping to getting all information of interest. It is
like a huge global social club where people exchange information and
their ideas about politics, activism, political issues, governments, and
elections. It provides a political discussion forum for all views on
all subjects.

“If there was ever a tool governments on this planet should fear — it is
the Internet. And they know it,” we read in an article by Longstreet in
“Canada Free Press.” “… Because without America there is no Free
World.” And further: “The Internet is the voice of the free people. And
it is dangerous…. The U.S. government is working day and night to
devise a way to … rule the Internet … to gain control of it so that they
can control content and even access. …Here in the U.S., our government
snoops on its citizens activity on the Internet. Send an e-mail and the U.S.
Government reads it [Remember Obama’s Internet “Kill Switch”?].

And here is another quote from a piece by Paul Joseph Watson in Prison
Planet.com: “ New Bill Gives Obama ‘Kill Switch’ to Shut Down the
Internet”: “The federal government would have ‘absolute power’ to shut
down the Internet under the terms of a new U.S. Senate bill… legislation
which would hand President Obama a figurative ‘kill switch’ to seize
control of the world wide web …the legislation created ‘the potential for
absolute power. …”

Because “The [Obama] government has been searching for any avenue
possible through which to regulate free speech on the Internet and
strangle alternative media outlets …. Similar legislation aimed at
imposing Chinese-style censorship of the Internet and giving
the state the power to shut down networks has already been passed
globally, including the UK, New Zealand, and Australia …Handing
government the power to control the Internet would be the first step
towards this system, whereby individual ID’s and government permission
would be required to operate a website.”

What we are seeing here in the United States is Marxism at work — this is
government “command and control.” Barack Hussein Obama is the most
dangerous and one of the most thoroughly dishonest presidents this
country has ever had. It is his cynical and self-serving brand of legislative
activism that is putting us on the slow boat to China.

Lev Navrozov can be reached at levnavrozov@gmail.com