By U.S. government law, the first Thursday in May is marked by an annual proclamation designating it as a National Day of Prayer “on which the people of the United States may turn to God in prayer and meditation at churches, in groups, and as individuals.” 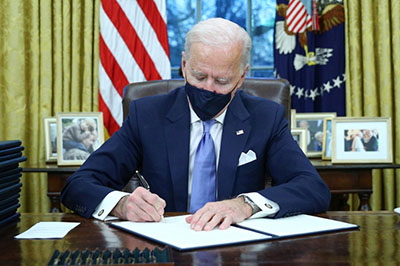 Alleged Catholic Joe Biden on May 5 issued “A Proclamation on National Day Of Prayer”.

Biden omitted God from the proclamation.

Biden noted “the power of prayer to provide hope and uplift us for the work ahead,” and also quoted the late Democrat congressman John Lewis. But the proclamation made no mention of or reference to God or any other deity.

It marked the first time an occupant of the White House omitted God from the proclamation.

Texas Republican Sen. Ted Cruz tweeted: “Our Government, which art in Washington, hallowed be thy taxes…” in response to a story about the proclamation, while evangelist Franklin Graham told Fox News Thursday night: “Of course we need to call on God, and not just some generic ‘gods’ or some ‘power’ in the air, but on God himself … There is no one else to pray to except to God.”

Not the Bee noted: “The single only reference to a Creator is ‘the year of our Lord’ at the very end, which does not count because it’s nothing but a formality.”