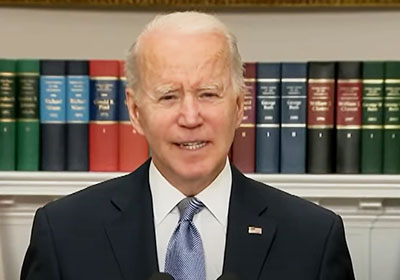 Included is $500 million in direct economic assistance from U.S. taxpayers to Ukraine for the purpose of paying Ukrainian government salaries, pensions and other programs.

“The needs of Ukraine are urgent, and we plan to deploy this direct aid to Ukraine as soon as possible to be used on most urgent needs,” Treasury Secretary Janet Yellen said. “We know this is only the beginning of what Ukraine will need to rebuild.”

Ukrainian President Volodymyr Zelensky expressed his gratitude to the United States in his nightly address in Ukraine, saying the new aid was “just what we were waiting for.”

Earlier in a virtual address to the World Bank meeting in Washington, he said his nation will also need up to $7 billion each month to make up for economic losses.

With tens of thousands of buildings damaged and key infrastructure in ruins, Ukraine “will need hundreds of billions of dollars to rebuild,” Zelensky said.